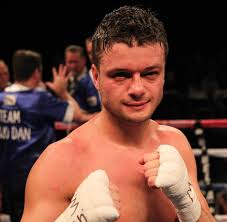 DiBella Entertainment will have four members of the DBE stable all looking to pick up victories this week across the border in Canada. Top-rated contender Ionut “Jo Jo” Dan Ion (32-2, 17KO’s) and Francy Ntetu (11-0, 3KO’s) will both step into the ring tomorrow night in Pointe-Claire, Quebec, while fellow top-rated contender Charlie Ohta (24-1-1, 16KO’s) and Michael Medina (26-4-2, 19KO’s) box in separate bouts on Saturday night.

On Saturday night, at the Bell Centre in Montreal, on the undercard of the eagerly anticipated light heavyweight championship bout between Adonis Stevenson and Andrzej Fonfara, Ohta will square off against highly regarded, undefeated junior middleweight contender Jermell Charlo (23-0, 11KO’s), while Medina meets fast-rising undefeated prospect Julian Williams (15-0-1, 9KO’s). The Ohta-Charlo contest is scheduled for 10 rounds and will be one of the featured undercard bouts shown live on SHOWTIME®, while Medina-Williams is scheduled for eight rounds and will air on Showtime Extreme.

The Harlem-native Ohta, who now lives and trains in Japan after moving overseas following the time he spent stationed there with the U.S. Navy, is ranked as the WBO #6, WBC #9 and IBF #9-rated junior middleweight in the world. Ohta made a name for himself fighting in Japan, picking up the OPBF and Japanese light middleweight titles, and becoming one of the most popular fighters in the entire country. Then in early 2012, Ohta, who is promoted by Teiken Boxing Promotions, signed a co-promotional contract with DBE and returned home to his native New York, making his U.S. debut in March 2012, at Madison Square Garden on the undercard of Sergio Martinez’ middleweight title defense against Matthew Macklin. Ohta is 18-0-1 in his last 19 fights, dating all the way back to 2007 and he knows that a win over the highly regarded Charlo on the nationally televised Showtime network will move him a major step closer to challenging for a world championship.

The IBF #2, WBC #6 and WBA #8-rated Dan is coming off his most impressive showing to date, a grueling 12-round decision over previously undefeated Kevin Bizier back in November of last year. The bout was an absolute war from start to finish. Dan, the former two-time world title challenger, pulled out the highly impressive victory in the championship rounds. He is looking for another shot at a world championship in 2014 and has offered up his services to all of the respective welterweight titleholders, but has yet to hear his name called out. Dan is hoping to land a shot against IBF champion Shawn Porter, but he must first take care of business against the upset-minded Janik tomorrow night.