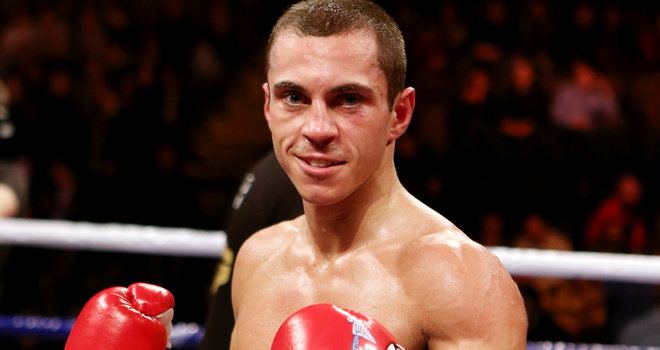 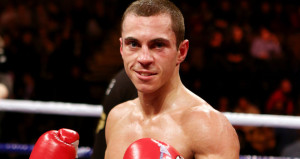 Quigg defends the title for the third time against the current WBA and IBF International Super Bantamweight champion who claimed those titles in May in his first fight at 122lbs since stepping up from Bantamweight where he won the WBO World title in March 2013.

Crolla meets the former WBC Super Featherweight champion Diaz in a third defence of his WBO Inter-Continental Lightweight title as he hunts down a World title shot of his own. Diaz took the belt from Takahiro Ao in Tokyo in October 2012, returning there in April 2013 to defend against Takashi Miura.

It’s a busy night for trainer Joe Gallagher as Scotty Cardle takes on Kirk Goddings for the English Lightweight title in a British title final eliminator. Sam Eggington will face Manchester’s Denton Vassell in a British Welterweight title eliminator with Sam Hyde, Gamal Yafai, Jack Massey and Liam Hanrahan all set for action and promoter Eddie Hearn is expecting an explosive night of action in Manchester.

“We are excited to be back in Manchester in September for another big night,” said Hearn. “Scott and Anthony are becoming regular fixtures at the arena with great support and both are in major fights on September 13. Scott is in scintillating form and ready to stamp his authority on the division – while Anthony has another tough fight against former World Champ Diaz who mixed with the likes of Robert Guerrero, Jorge Linares and Humberto Soto before travelling to Japan to win the WBC title. Scotty Cardle is in a crunch match with English Champion Kirk Goodings with the winner becoming the mandatory challenger for British Champion Terry Flanagan and Manchester’s Denton Vassell takes on Sam Eggington in what promises to be a barn burner.”