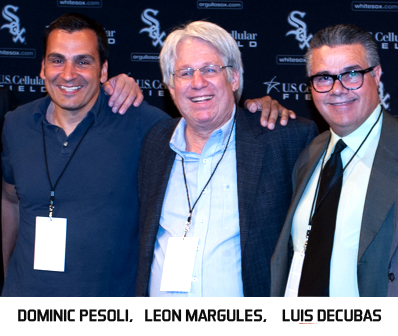 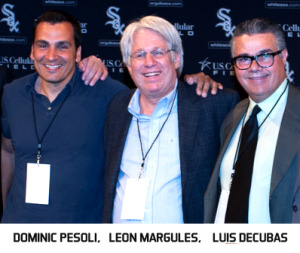 Warriors Boxing is proud to formalize the announcement of Dominic Pesoli as Vice President.

Pesoli, the former President of Chicago-based 8 Count Productions, and the Windy City’s top promoter, accepted the position after a long and healthy business relationship with Warriors, partnering up on some of the city’s biggest boxing shows in many decades.

“Dominic has been a trusted advisor and business collaborator of Luis DeCubas and I for many years and I’m thrilled to add him to Warriors’ expanding team.” said Leon Margules. “Together we revived Chicago boxing and have made the UIC Pavilion a Midwest hotspot for big-time boxing.”

“I have known Dominic for 20 years and he is a great boxing guy and I am happy he is working with us,” said Warriors partner Luis DeCubas.

Pesoli, who recently relocated to Los Angeles, says he’s looking forward to his future with Warriors.

“Warriors has so many big plans on the horizon. We have joined forces officially, but Leon and Luis have been my dear friends and closest business associates for many years. I am extremely happy to be onboard with the most upwardly mobile boxing promotions company in the country, run by my closest friends who are amongst the most integral people in boxing.”

With Warriors, Pesoli will continue to work on the long string of successful shows he started in Chicago in 1997, while branching out to assist Warriors with their ever-increasing international stable. The next Warriors show with Pesoli as sitting VP will be held on Friday, December 12, at the UIC Pavilion.

Launched in 2003, Warriors Boxing operates under a simple philosophy-bring the best boxers in the world to fight fans, match them in competitive bouts, and in doing so help re-establish the sport of boxing for a new generation.

With a series of successful Pay-Per-View shows and packed houses to its credit, the Warriors business model is working wonders in a sport that was sorely in need of the innovation and energy that the company brings to the table.