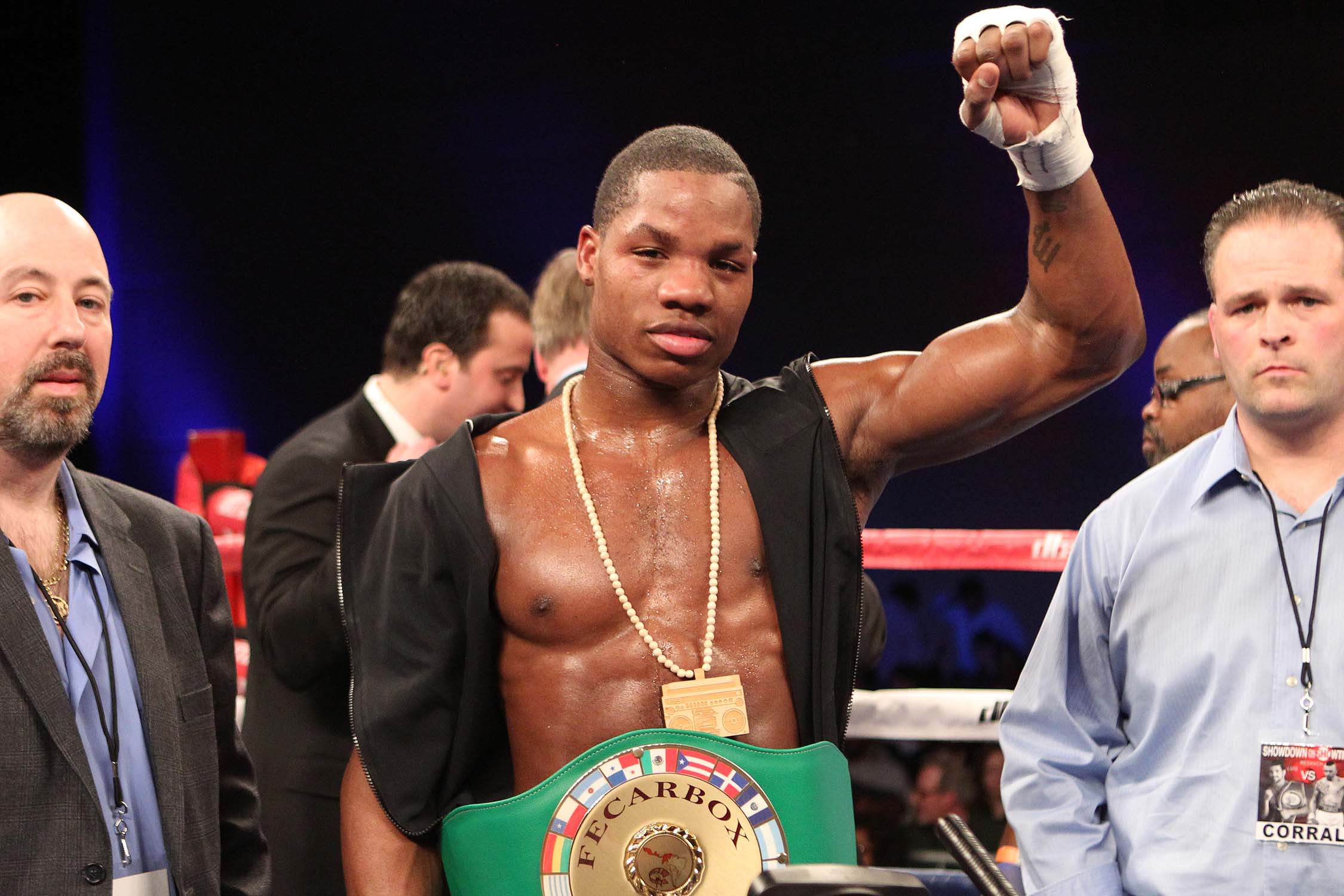 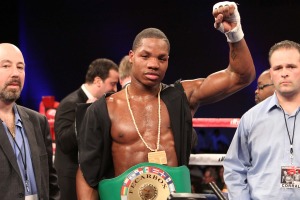 This Friday night at the Ukrainian Cultural Center, undefeated middleweight prospect Antoine Douglas (14-0-1, 9 KO’s) will take on tough veteran Jose Medina (18-15-1, 7 KO’s) of Tilton, NH in a eight round bout that will headline a big night of boxing promoted by GH3 Promotions.

Douglas of Burke, Virginia has been training hard for this bout as he is coming off the first blemish of his career when he was held to a majority draw against former world title challenger Michel Soro on July 25.

“Everything has been good. I have been training real hard for this fight,” said Douglas.

Douglas was seemingly cruising to a victory as he used a consistent punch output and was firmly in control of the bout until a right hand in the 8th round changed things and Douglas held on for the draw. The bout proved to be a big learning experience for the 22 year-old.

“I was doing well and just he got me with a good punch over my jab.”

In Medina he will be taking on an opponent who has wins over Issac Rodriguez (17-1) and Chris Fitzpatrick (14-0) and has a draw with former world champion Joachim Alcine (32-2).

“Medina is an experienced guy. He has had his fair share of fights and he definitely comes to fight.”

The fight with Soro headlined the 200th edition of Sho Box and with a win over Medina, Douglas will be back on the national television circuit.

“After this, I expect more television fight, more air time and I will continue to move forward.

Douglas was in camp with recent IBF Middleweight champion Sam Soliman. Being in camp with the former champ did a great service for Douglas.

“It was a great experience sparring with Soliman. He is a cool guy and great to work with. It doesn’t get better then to spar with a world champion.

“Douglas being so dedicated to his craft, he came in at 155 and was not able to hydrate Back up after the weigh in. I think me wanting him to showcase his skills almost caused a bad decision on my part. He is one the most talented up coming stars in the game. He is a baby and he is growing every fight. GH3 Promotions is looking to get him 3 fights by January 15 and then make are move on the middleweight title. I know he can beat anyone in the game. He is that special.”, finished Mielnicki

Also on the card in 6-round bouts:

Lightweight Bienvenido Diaz (1-0, 1 KO) of Prospect Park, NJ take on an opponent to be named.

Caleb Hernandez of Paterson, NJ will make his pro debut against Anton Williamson (1-0) of Albany, NY.