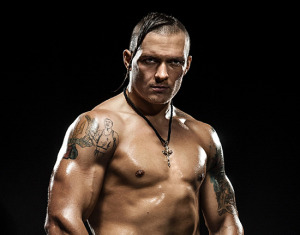 The last few years we have witnessed several exciting fighters from Eastern European countries reach the top of the boxing world. Fighters like Gennady Golovkin from Kazachstan, Sergiy Kovalev and Ruslan Provodnikov from Russia, and Vasily Lomachenko from Ukraine entered the United States with quite a bang and quickly captured the hearts of fight fans. In my opinion this is only the beginning. A new wave of tremendous fighters are knocking on the door. In this segment, I will introduce some of these future champions from Eastern Europe.

In the first part of this segment, we take a look at Oleksandr Usyk. Usyk was an outstanding amateur boxer. He won gold at the World Championships in 2011 in the heavyweight division and managed to do the same a year later at the Olympics. In both tournaments Usyk defeated Artur Beterbiev, who will be featured in a future edition of this segment. Usyk ended his amateur career with a record of 400 wins and 10 losses.

Usyk turned professional in late 2013 as a cruiserweight. After negotiating with several promoters, the then 26-year old Ukranian decided to sign with K2 Promotions. Usyk explained his choice at the official press conference to announce this deal, “I visited the USA and the UK, but K2 offered me the best option. It is vitally important for me to debut in Ukraine. I will proudly celebrate my success with my compatriots. I will come to America and the UK soon, but only to pick up the belts from the champions.”

Usyk had two fights in 2013. The tall southpaw showed his class immediately, stopping Felipe Romero (16-7-1) and Epifanio Mendoza (34-15-1) in the fifth and fourth round. Usyk is a textbook fighter. Working behind a very fast and heavy jab and using a lot of movement. He is exceptional fast for a fighter with his size, both on his feet and with his hands and is able to throw amazing multiple punch-combinations. He has decent, but not great power in both hands, but we will get to that later.

On April 26, Usyk fought Ben Nsafoah on the undercard of Wladimir Klitschko vs. Alexander Laepei in Oberhausen, Germany. As it was Usyk’s first fight outside of Ukraine as a professional, he was determined to leave a big impression and so he did. Usyk knocked Nsafoah out in the third round.

A month later, Usyk was back in Ukraine against the Argentinian veteran Cesar David Crenz (21-8). In front of 10.000 enthusiastic fans, Usyk looked once again sensational. After the fight Usyk told Ring TV, “This was probably my best fight so far, because I precisely followed all directives of my coaches, James Ali Bashir and Sergiy Vatamanyuk, during the whole fight. As a result I brutally finished Crenz in the fourth round with a body punch.”

Usyk became a star in Ukraine after winning Olympic gold at the 2012 games in London, England and since the start of his professional career, his popularity is only growing. Besides being an incredible fighter, Usyk is also extremely charismatic. With his smile, his funny hair, and his high sense of showmanship, Usyk has managed to capture the hearts of the general Ukrainian public.

His fifth, and so far last, professional fight was further proof of his drawing power in his home country. In front of 30.000  fans, Usyk fought Daniel Bruwer (24-5-1) for the interim WBO inter-continental cruiserweight title on October 4. In a flawless performance, Usyk stopped his South African opponent in the seventh round.

Currently 27-years old and 5-0, Usyk is already ranked ninth by the WBO in the cruiserweight division. With the WBO cruiserweight champion, Marco Huck, likely to drop his belt in the near future in a new attempt to win a title in the heavyweight division, I expect Usyk to be fighting for the vacant title before the end of 2015.

The first concern is a general concern we have with all prospects and will be answered soon enough when he gets hit on the chin by a hard puncher. The second one is more specific to the fighter in question. While Usyk has managed to stop all his professional opponents so far, he needed numerous punches and several rounds to do so. His power is pretty decent, but not great.

I am confident that Usyk will be successful in the cruiserweight division. I see him beating top cruiserweights like Yoan Pablo Hernandez, Grigory Drozd, Tony Bellew and Nathan Cleverly without much of a problem.

But whether Usyk will also be successful in the heavyweight division remains to be seen. Will he have enough power to keep natural bigger fighters off him, or will they steamroll right through him? And how well will he be able to take a punch from these bigger fighters? Only time will tell.