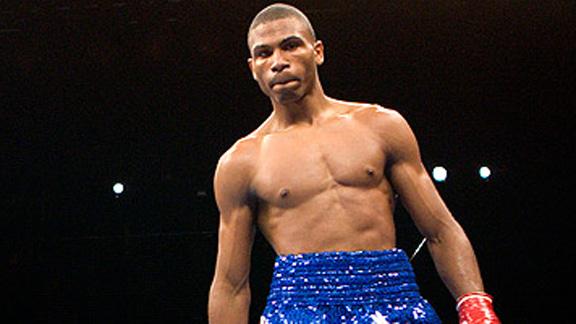 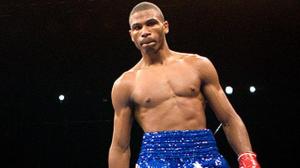 Thomas Dulorme (22-1, 14KOs) earns a split decision victory after a very hard fought battle against the very rugged Henry Lundy (25-4-1, 12 KOs).  The Puerto Rican fighter trained out of the famous Robert Garcia Boxing Academy, was challenged both mentally and physically in the fight. He certainly showed the intangibles a world class fighter needs to defeat someone such as Lundy, who posses an enormous amount of tenacity.

In the opening rounds Dulorme and Lundy began measuring each other with multiple jabs. Dulorme appeared to be the sharper fighter, and utilized his height and reach to outpoint Lundy in the first stages of the fight. Dulorme having scored a first round knockdown seemed in control of the fight, and on his way to easy unanimous decision, but midway through the bout, the tenure of the fight began to change.

Lundy began closing the distance, and Dulorme stopped using his physical stature as an advantage. Dulorme’s jab output began to drop, and exchanges became more frequent. This allowed Lundy to land multiple shots and bully Dulorme in the ring. Lundy began winning rounds, as Dulorme allowed Lundy to continuously close the distance and get caught up in a firefight.

Robert Garcia the trainer of Dulorme, urged him to get his head right, and fight the same way he was fighting in the early stages of the bout. Dulorme listened to his trainer and began using his jab more frequently, and utilized his legs to maintain distance between him and Lundy. This allowed him to slowly regain the momentum in the fight, and not allow Lundy to draw him into multiple exchanges. In the last round Dulorme was constantly using lateral movement to avoid punches, and Lundy continued to walk his man down and let his hands go. Dulorme stopped throwing potshots and looked just to survive the round, which allowed Lundy to continuously stalk Dulorme with his hands down.

With a win, Dulorme can continue to climb boxing’s latter to face the premier fighters in the light welterweight division in the near future. After this performance, he may not be advised to immediately step in the ring against the elite fighters, which is reasonable given the fact he’s only 24 years old and has a very promising future ahead of him. Dulorme has the physical tools, he just may need a bit of polishing before he can make a huge impact in the division. As for Lundy, he’s definitely proved himself to be a top contender. His rugged fan friendly style will certainly bring him much attention from fans and the cable television networks. This will not be the last time fight fans see Lundy or Dulorme, both fighters have plenty to offer to the boxing world in the near future.