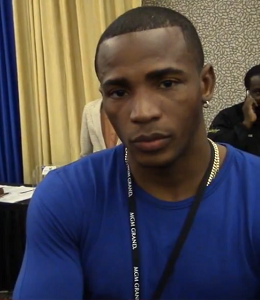 As often as Erislandy Lara has asked/demanded a fight with Saul “Canelo” Alvarez he is on the receiving end of questions of why he doesn’t fight Alvarez as well and he is tired of it. So much so that he has asked for fans to leave him alone with the questions on facing Canelo on social media, mainly Facebook.

“Fellas. Stop sending me private messages asking me why I don’t fight Canelo or if I’m scared,” said Lara via Facebook. “We all know what a coward Canelo is.”