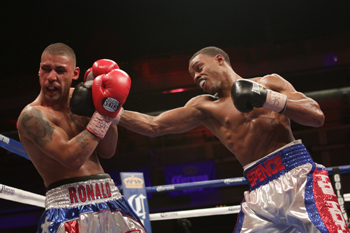 After a vicious knockout over gatekeeper Leonard Bundu, welterweight phenom Errol Spence Jr., has proven himself to be a bona fide star in boxing. According to Lance Pugmire of the LA Times, Spence’s fight was viewed by an average of 6 million units live. Champions such as Keith Thurman, Deontay Wilder, and Danny Garcia have not come close to that number.

Keith Thurman vs. Shawn Porter, arguably two of the best welterweights in the world, clashed on primetime CBS on a Saturday and still only did a third of Spence’s number he pulled on a Sunday afternoon. Yes, the airing of his fight was on the heels of the USA Men’s basketball team winning gold obviously bolstered viewership. That is not a critique on Spence’s drawing power but an applause for clever promoting. Putting the youngest and hottest American prospect on after the guaranteed win 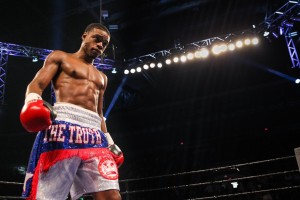 of the Olympic basketball team was the smartest ploy by PBC since its inception.

It reportedly was able to retain close to 75% of the viewers from the Olympics. “The viewers could have departed, but they went from an excited event in Rio to an electric event at Brooklyn,” PBC spokesperson Tim Smith told the LA Times.
A stroke of promotion brilliance paid off well for PBC. Even uncle Al was happy about it according to promoter Lou DiBella, “Haymon was thrilled — that’s the biggest audience for PBC, day or night.”  With an undefeated welterweight in Spence, who happens to be as exciting as they come, PBC and Al Haymon should be thrilled that he is turning into a true star.

However, what if this is smoke and mirrors and the Olympic audience was the only reason for this extreme spike in numbers? DiBella believes otherwise, “Obviously, there was a great lead-in with the basketball, but there’s great momentum in the sport, and it was an outstanding crowd in the great venue that helped maintain it.”
Only time will tell whether Spence has passed the point of stardom, but in the meantime, he will continue to prove why he belongs with the elite.