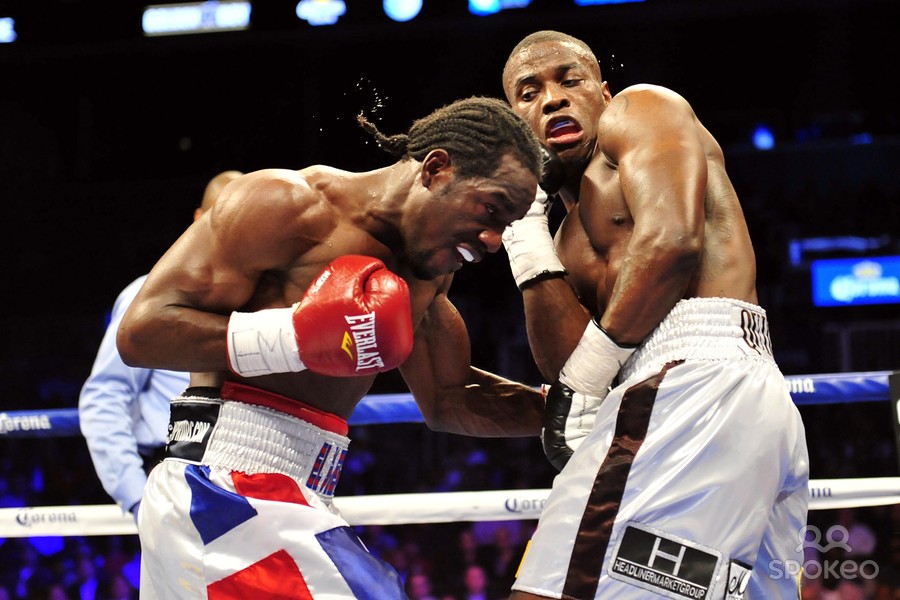 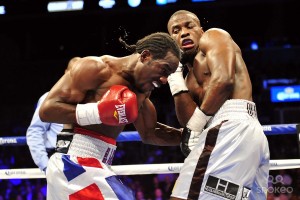 Thaboxingvoice.com caught up with middleweight contender Fernando Guerrero to get an update on his career. Guerrero, who is currently holds a record of 26 wins and 3 losses, is coming off a third round knockout loss to David Lemieux in Canada. He spoke about his losses, his setbacks, his future and being with Al Haymon.

Fernando Guerrero feels that his three losses were not the result of him being the lesser fighter, he feels that his skill level is better than all three of them. He reflected on what went wrong in these fights, “Against Peter Quillin, my trainer Virgil Hunter left me a few weeks before the fight, to train Amir Khan. Barry Hunter came in before the fight, but we hadn’t seen each other for four years. It just didn’t click. Against Grady Brewer I had a body fat of 3 % and they changed the opponent 2 days before the fight. I was training for some other dude and against David Lemieux, my eye got messed up.”

While bad timing and bad luck have caused some setbacks in his career, Fernando Guerrero is determined to fight back and become a world champion. He looks at Lamont Peterson and Lucas Matthysse for inspiration. They both have had their share of losses, before they could finally crown themselves as world champions.

Guerrero believes he is going to achieve the same, but is also very aware that things need to change. ”I need a better team”, he told Thaboxingvoice.com. He later added, ”I need someone that tells me to not take a fight, cause it is not at the right moment. Of course I am never going to turn down a big fight myself.” But he also pointed to himself and stated that he needs to be more hungry and be more grittier.

Of course we asked him if Al Haymon isn’t the guy to help and advise him in these situations. Guerrero explained, “It’s not just me and Al. It’s me, 50 other boxers, and Al.” He elaborated, “Some fighters are going to be babied, but if you are not his number one fighter, you are not going to get 100% of his attention.” The fighter pointed at Daniel Jacobs, “Let me fight that dude Daniel just fought to become a world champion, I would have [email protected] him up! But I don’t want to be a hater. These guys put themselves in these situation. I Salute them.”

The immediate future unfortunately doesn’t look all too bright at the moment. After the Lemieux fight, a Canadian doctor mistreated his eye, which resulted in the fact that Guerrero is going to need plastic surgery. It is not determined when the surgery is going to take place, but the recovery will at least take six weeks. At this moment Guerrero is on the west coast, to maintain his condition and wait for the surgery.