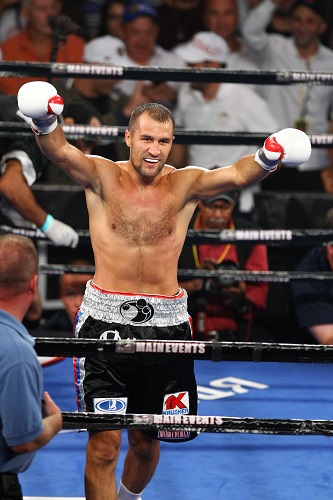 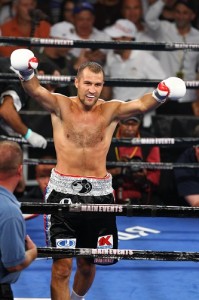 Sergey “Krusher” Kovalev may be the Russian Wrecking Ball in the ring, but outside the ring he has nothing but compassion for his fallen comrades. Krusher has posted fight-worn/autographed memorabilia from his most recent WBO Light Heavyweight Title defense against Blake Caparello for auction on eBay. The proceeds from the sales will benefit Magomed Abdusalamov, the Russian fighter who suffered a traumatic brain injury after his fight with Mike Perez on November 2, 2013 at Madison Square Garden.

Abdusalamov, 33, sustained extensive brain injuries following the bout against Perez. He had surgery to remove a blood clot from his brain and was in a coma for several weeks afterwards. Now, more than nine months after the fight, he is confined to a rehabilitation facility in New York State and doctors are uncertain whether he will speak or walk again.

About the auction Sergey said, “I trained with Magomed. He is my friend and a good man. This is tragedy. I just want to help him and his family.”

The auctions end August 23, 2014 shortly after 2:00 PM ET.
Donations can be made directly to the Abdusalamov family at: Ring10NY
Tweet