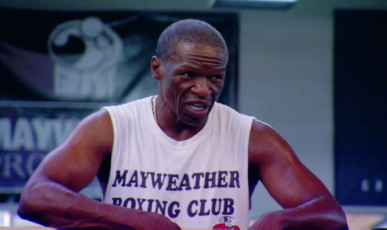 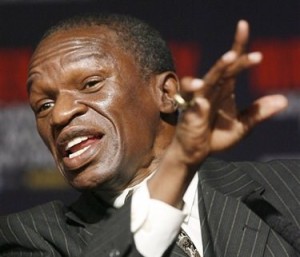 In the years of 2008-2009, Manny Pacquiao was accomplishing some remarkable feats. He transitioned through several weight classes ranging from super featherweight to welterweight at around the age of 30, while continuously battering larger opponents. He was immediately transformed into a global icon. At the time, it was said that a bout between Manny Pacquiao and Floyd Mayweather Jr. might have been the most lucrative fight in history. And according to ESPN’s Brian Kenny the fight was signed and sealed, until Mayweather demanded more thorough testing due to his suspicion that the Filipino fighter being on performance enhancing drugs.

Pacquiao was reluctant to undergo random drug testing that involved extraction of the blood within 24 days leading up to the fight. For this reason Bob Arum decided to waive off the mega fight and pursue a bout with Joshua Clottey instead. Accusations of Pacquiao using illegal substances before fights began to surface from the Mayweather camp, Golden Boy, and several other members in the boxing community. This did go well with the Filipino star.

In 2009 Pacquiao issued a statement that read:

“I am very disappointed that we could not make this fight for the fans and I am angered because of the false accusations from Golden Boy and Mayweather camp that I use some type of drugs, and that is why I have instructed our American lawyers to proceed with the lawsuit to clear my name.”

According to ESPN, two years after the fallout, Golden Boy issued a statement that read:

“Richard Schaefer and Oscar De La Hoya, on behalf of themselves and Golden Boy Promotions, wish to make it crystal clear that we never intended to claim that Manny Pacquiao has used or is using any performance-enhancing drugs, and further state that we do not have any evidence whatsoever of such use.”  “Manny Pacquiao is one of the greatest fighters of all time, and we apologize if anyone construed our prior remarks as in any way claiming or even suggesting that Manny uses or has used performance-enhancing drugs.”

Shortly after, ESPN confirmed that both parties reached a settlement. It was also noted the terms of the settlement would remain undisclosed to the public.

About a month later Pacquiao aimed to resolve his lawsuit against Mayweather. There was a scheduled deposition on June 17th 2011, but Mayweather nor his attorney were present. According to usatoday.com, Mayweather’s people told federal Magistrate Judge Robert Johnston they would be unable to attend the deposition due to his priorities of focusing on the Victor Ortiz clash on Sep.17. The press tour for the bout was scheduled to take place on June 28th at the Hudson Theatre in New York City’s Time Square.

Judge Robert Johnson did not side with Mayweather, but Mayweather’s representatives did not attend the deposition because they intended to appeal Johnson’s ruling. Petrocelli knew Mayweather’s associates had blatantly accused Pacquiao of using performance-enhancing drugs, and believed the true reasoning of them not appearing at the deposition was the fact that they had overwhelming evidence against them.

According to ESPN Petrocelli stated, “Mr. Mayweather maliciously leveled false accusations about Mr. Pacquiao. We are anxious to examine him under oath about those statements. He is just dodging his deposition because he is afraid to testify, but he has not right to defy a court order.”

About a year later The Los Angeles Times explained the judge assigned Mayweather Jr. to pay Pacquiao $114,000 in legal fees for failing to appear at a scheduled deposition. A week later Mayweather underwent the same routine Golden Boy followed the previous year by issuing an apology statement, then reaching for a settlement.

The statement obtained by The Times released by Mayweather’s attorney on the behalf of Mayweather Jr, Mayweather Sr, and Roger Mayweather said the men “wish to make it clear that they never intended to claim that Manny Pacquiao has used or is using any performance-enhancing drugs.”

As in the previous case, both parties managed to reach a settlement while keeping the terms undisclosed to the public.

Despite having the lawsuit ordeal behind them, Mayweather Sr. continues to hold a grudge between Pacquiao’s representatives regarding the defamation case. In a recent interview with Tha Boxing Voice he vividly expressed it was wrong for them to take money from him and his son.

Mayweather Sr. certainly makes some valid points. There is no double standard on Pacquiao’s behalf because he has never accused anyone else of performance enhancing drugs and has the right to defend himself against defamatory comments, but people closely associated with Pacquiao have accused others of PED usage without having to suffer any real consequences.

For example, when Freddie Roach accused Juan Manuel Marquez of taking illegal substances leading up to a fourth bout, Marquez defended himself against these accusations by crediting the new physical regimen he had undergone with his newfound personal trainer, Angel Hernandez. There were never any legal ramifications for the blanket accusations that Roach alleged. According to usatoday.com Roach’s intake on Marquez’s new physique was, “If (his body) is natural. I will kiss his ass.”

Another instance dates back to when Larry Holmes and Evander Holyfield were ready to square off in their much anticipated heavyweight showdown.

According to The Los Angeles Times, Holmes (the fighter who was being promoted by Bob Arum at the time), kept raising the subject on steroids. When Holyfield was asked on this subject matter he stated, “They should test for steroids. If you want to catch someone, why say anything? Just go and test them. I’m ready. I never took steroids, and it doesn’t bother me to take the test.”

Then in the documentary Naked Sport: Welcome to the Sewer which followed some of the events leading up to the heavyweight bout between Holmes and Holyfield, documented a reporter asking for Holyfield’s intake on the accusations that he uses steroids. The reporter asked Holyfield, “Another thing that [Holmes] brought up is something that I know you’ve heard before, he and Bob Arum have talked about the steroid thing, that there’s no way you can get to from light heavyweight to where you’re at right now without the use of steroids.”

These accusations resemble those of Mayweather’s regarding the Manny Pacquiao ordeal, but instead of filing a lawsuit Holyfield simply stated, “Well I think they did it for the wrong reasons. They did it for promotion bit. What’s the difference do I look bigger? Do I look bloated? Just look at me I don’t see no muscle ripping out nowhere, I’m in shape.”

Mayweather Sr. has a point when he states others have been able to accuse fighters of PED usage in the past. Claiming any athlete is using illegal substances without conclusive evidence will always present a problem that can ultimately lead to a lawsuit for defamation of character.