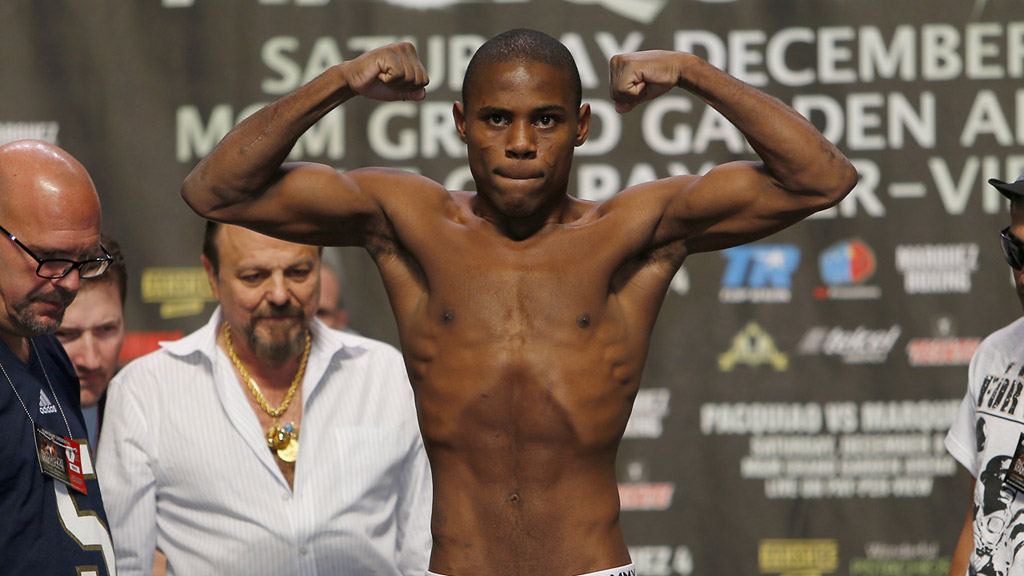 Javier Fortuna came away with the victory over Juan Antonio Rodriguez Saturday night in the HBO Boxing After Dark main event.

Fortuna started the fight strong in the first 2 and 2/3 rounds and looked every bit the stylish and highly touted prospect that he is. However, the fight changed gears at the end of the 3rd round, following Fortuna’s knockdown of Rodriguez. Rodriguez challenged Fortuna’s punching power and came barging through Fortuna’s flurry to land a right hand that had Fortuna retreating to the ropes. Fortuna was then knocked down off of a thudding jab from Rodriguez, however referee Robert Byrd scored the knockdown a slip, saving Fortuna the point he had earned earlier in that very round.

From that moment on Fortuna was less aggressive and more on his bike. Fortuna would sharp shoot for the most part and then pick his moments in the fight to overwhelm Rodriguez with flurries, but Rodriguez did well by riding out the storm, enough so that he would land some left hands of his own.

Rodriguez’s right-hook paid dividends and they clearly affected Fortuna, who was badly cut on his right eye in the 3rd round. Fortuna’s nose was then busted open in the fourth, making Fortuna much more tentative than he was prior to being opened up.

Fortuna’s eye began swelling more and more as the fight progressed, yet he continued to let his hands go with furious flurries. However, Rodriguez ate them as best he could while throwing hard shots from a power set position.

Fortuna began to retreat as Rodriguez found a home for his left, but it was still Fortuna who was separating himself as the elite fighter.

Fortuna found himself in trouble in the eighth and even took a knee, but Byrd didn’t rule it knockdown, probably due to the fact that Rodriguez had landed some illegal shots just before Fortuna took the knee.

The bout came close to an end in the 9th as Fortuna laid the pressure on heavy and landed consecutive clean shots on a fading Rodriguez. Rodriguez survived the round and created some late fight drama in the 10th as both competitors were worn down and beat up, with Fortuna’s eye nearly swollen shut.

Fortuna survived the round and cemented the win, although he got all he could handed. All three judges scored the bout 98-91.

Rosa started landing the harder shots at the start of round one, while “Orlandito” Del Valle tried to get settled, but never could get comfortable. The pace was clearly not the kind for which Del Valle was best suited and the stronger puncher in Rosa dictated the pace.

It was an awkward fight amongst the two right handed fighters and it looked like a matchup of opposite stance fighters at times. Del Valle to his credit seemed determined and kept coming forward, finding a home for his right hand in the process. But Rosa was landing the harder shots and Del Valle’s chin was on full display.

Del Valle’s best chances were in close quarters, but Rosa was much more impressive at his distance.

It was the 5th round where Rosa ran into a Del Valle left-hook which sent him to the canvas, simultaneously in that round the bridge of Del Valle’s nose was opened up after banging into Rosa’s shoulder.

Rosa initiated the dirty tactics and used the ugly fight factor to his advantage. Del Valle was making some progress with his boxing ability which was superior to Rosa’s, but Rosa was relentless and did not let Del Valle get comfortable. Rosa was deducted a point in round 7 for low blows, but he won the round and kept Del Valle in check.

It was ultimately the punching power and discomfort Rosa presented that separated him on the cards. The action wasn’t always clean, but it was fun.