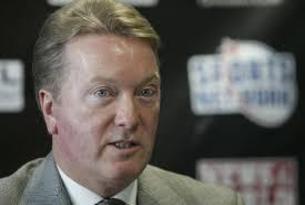 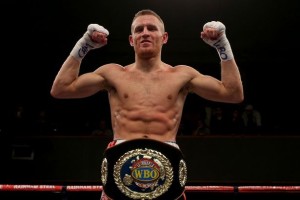 Terry Flanagan (35-0-12 KO’s) put himself in prime position after last weekend’s big win against Derry Mathews.  The WBO lightweight titleholder has made two dominate defenses of his title and now has options of potential fights at his disposal.  He could fight the winner of Anthony Crolla vs Ismael Barroso or currently idle WBC lightweight titlist Jorge Linares. Whom names have both been thrown out to fight plenty times.  During the post fight conference for last Saturday’s victory against Mathews.  “Secondsout.com”  caught Flanagan’s and his team talking about the direction they are trying to go after Flanagan’s win.

After addressing the question “have we seen the best of Terry Flanagan”  Flanagan humbly responded, “no I don’t think u have in my last fight I was around 60%, one night it will all click” Flanagan’s trainer, Steve Maylett, rebutted by saying, “I think he (Flanagan) beats Linares up if he fights him.”  to which Flanagan’s promoter Frank Warren chimes in saying, “I absolutely fancy that fight big time.”
Big news coming from Warren because he’s the one that would put the fight together plus his history of turning down fights for Flanagan raises red flags.  Terry’s trainer continued saying “I fancy the fight I think he (Flanagan) has the style to beat him.  We have been watching him for what 8 years?”
We will be watching to see what happens in negotiations for this fight.  Terry Flanagan has options he can choose to fight Linares or not, if he does though it will surely  be the biggest fight in the lightweight division currently.  If Frank Warren is behind it most likely it can get done but you never know in the sport of boxing.
Tweet