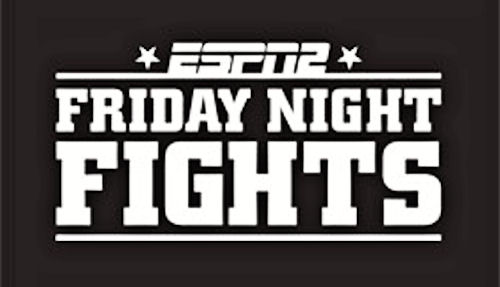 The night started off with a 4 rounder pitting Newark new jersey’s own Shakur Jackson against Michael Pickett from Indiana. Shakur who is trained by Buddy McGirt controlled the fight with lead rights working against Pickett. Pickett sporting nice green swim trunks went for a nice swim after Jackson dominated with his speed while Pickett stopped throwing with his corner stepping in. Jackson gets his 1st pro win after being knocked out in his last round. that bout was called a no contest because his opponent tested positive for a banned substance.

The next bout was a heavyweight between Tyrell Wright and Moises Marshall. Wright was controlling much off the first round before he got dropped by a big right hand. Marshall got back up and seemed like he took back control of the round  Wright controls the action and knocks down Marshall with a bar-ray of body shots. Marshall gets back up only to enjoy more body shots and left hooks upstairs and goes down for a second down in the round. He gets up against and what does he get for his bravery? Right hands and left hooks to the body and goes down for the third and final time as the fight is stopped.

Ricky Edwards was walked to the ring by Paterson loyalty Kendall Holt and Giants Wide Receiver Victor Cruz as he took on Larry Yanez in a 4 round lightweight bout.Edwards is quick in the bout using his fast jab to set up his right hand. Yanez glove touches the canvas but not called a knock down. Edwards lands multiple combinations that snap Yanez head back multiple times and the fight is halted in the first round. Edwards to 2-0 with 2 knockouts.

In a light heavyweight bout, Lavarn Harvell from Atlantic City took on Paul Vazquez from California. It started as an inside fight with a lot of holding courtesy of Vazquez. Harvell stayed committed to the body and got his opening and knocked Vazquez down with a left hook. Vazquez rises from the canvas and is pinned up against the corner and eats a multitude of combinations before the end  of the first round. Vazquez starts the second round in a southpaw stance but to not much avail. The straight right hands and lefts to the body are breaking the game Vazquez. Harvell known as Baby Bowe seemed to slow down in the round and actually let Vazquez in the round taking some shots while working Vazquez’ body.

The third round of the bout begins with Vazquez putting Harvell on the ropes. the action seemed subdued from the pretty fast 1st round. Harvell picks up some of the slack and works Vazquez body to close out the 3th round. The 4th was much of the same until both men connected with hard rights. Harvell followed it up better working more of the body and keeping Vazquez on the ropes landing combinations. Harvell landed the cleanest shot of the night, an overhand right that knocked the sweat of Vazquez but was saved by the bell in the 5th. Much of the 6th was fought in the same manner with a little scrum at the end to close the fight out.