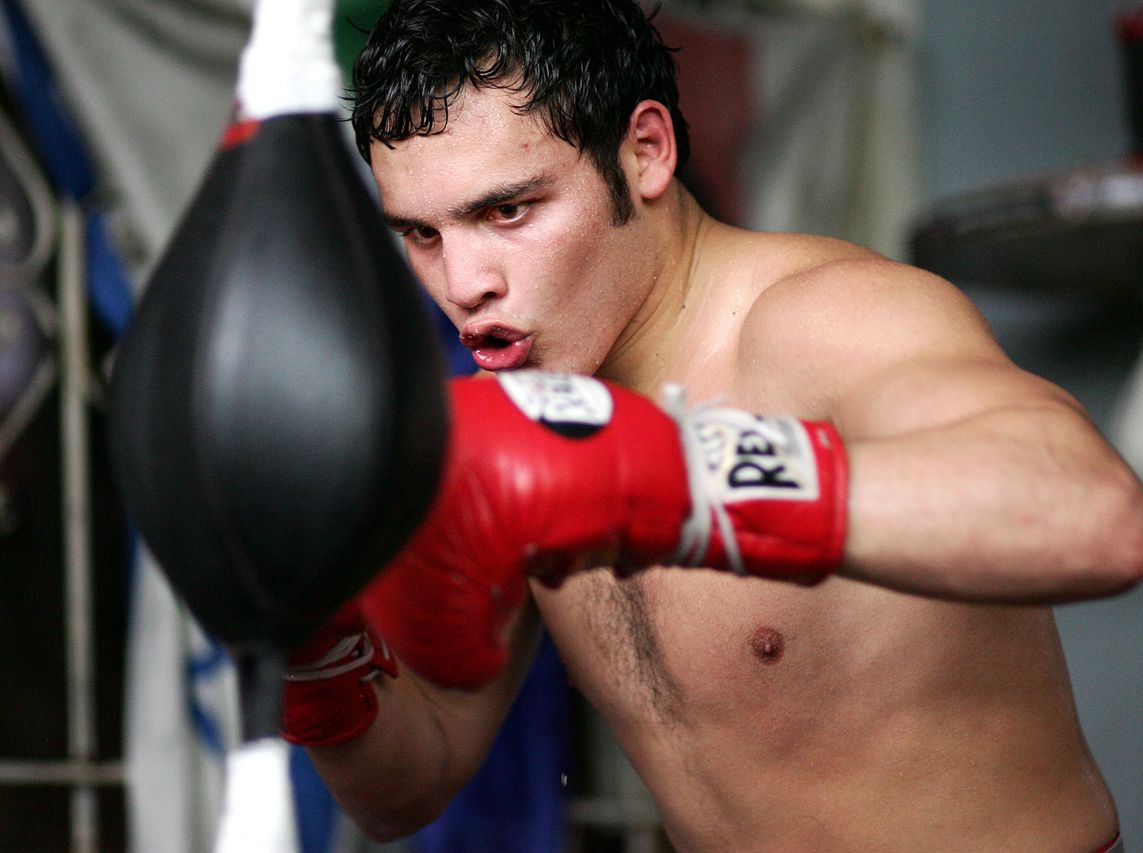 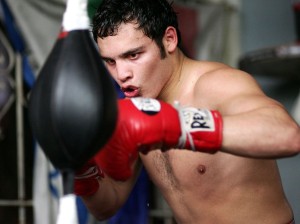 Julio Cesar Chavez Jr. has a huge hurdle to overcome July 18th when he faces Marcos Reyes at the Don Haskins Convention Center in El Paso, Texas. The 10-round bout against Reyes, which will headline a Showtime Championship Boxing broadcast, isn’t the actual feat.

Instead, Chavez Jr. will have to create the kind of lasting memory that will help to wash the taste of the mouths of fans that remember his quit job against Andrzej Fonfara in April of this year.

Losing to Fonfara can be forgiven, but it was the manner in which Chavez Jr. lost. After suffering a knockdown, it appeared as though Chavez Jr. was trying to find a way out of the fight, and then he flat out said he wanted no more.

What made matters worse, Chavez Jr. tried lying about what happened later in the broadcast by shifting blame, claiming that he was winning the fight before others called for the stoppage.

Now, he must not only beat Reyes, he is forced to give a gutsy performance, the showing that will bestow hope in the fans he lost, and reassure the ones that continue to stand by him.

The one bright spot is Chavez Jr. training with Robert Garcia. The two have attempted to work together in the past, but it never worked out. Now, with Chavez Jr.’s back against the ropes (metaphorically), he has to make changes for the better and no longer rely on impromptu training sessions in the middle of his living room.

The good news is Garcia tells Luis Sandoval of Fight Hype in a video interview that Chavez is working hard, and the camp is going great. Of course, those kinds of words are expected. After all, Garcia isn’t going to say camp is horrible and Chavez is lazy.

But the one bright spot that seems genuine is Garcia’s experience with Chavez’s entourage, which has been one of the many reasons why Chavez Jr. regularly holds training camp in his own backyard, and the lack of interference he has experienced while training Chavez.

“Everything is good so far. So far, it’s something that I didn’t expect. I expected myself having to deal with a little more than just Chavez, and dealing with more people involved. But his team is small, and everyone that comes in lets me work,” Garcia told Sandoval in the FightHype video.

Rumors of Chavez Sr. playing a role in his son’s fight camp preparations have been an apparent issue in the past, but Garcia says it has not been the case, despite being warned about the possible interference.

“His dad comes in, and before that a lot of people always told me ‘man, I don’t know how you’re going to do it, the dad being there is going to give you trouble, he’s going to want to take over and tell you what to do,’ and in this training camp he’s showed up twice only and those days he showed up he’s sitting down carrying his granddaughter and doesn’t get involved just sees training.”

Chavez Sr. has left Garcia to tend the training duties. Maybe Chavez Sr. is aware of the issues that could occur if he were to get involved, but Garcia says that the legendary fighter likes what he sees, and that could be the reason he’s decided to allow Garcia to work with his son without interruption.

“I was surprised because at the end of training he comes up to me and tells me ‘I like what you’re doing, you’re doing a great job, take care of my son’ and that’s what he tells me. He has that belief in me.”

Garcia says that Chavez Jr.’s uncle has been around most of the camp, and that he, too, has refrained from getting involved, with the exception of providing his nephew a drink of water or ice on his head during a break.

According to Garcia, Chavez Jr. prefers to work later in the evening, somewhere around 7-7:30PM. That works out great for a trainer like Garcia, who deals with many fighters, a lot of whom are top pros.

There has yet to be an incident with Chavez showing up late, and he has only missed one day of training as Garcia recalled during the interview, although it was with the permission of Garcia. Apparently, Chavez Jr. texted Robert and told him he was not feeling well. Garcia gave Chavez Jr. the day off and reminded us that all fighters need a rest day from time to time.