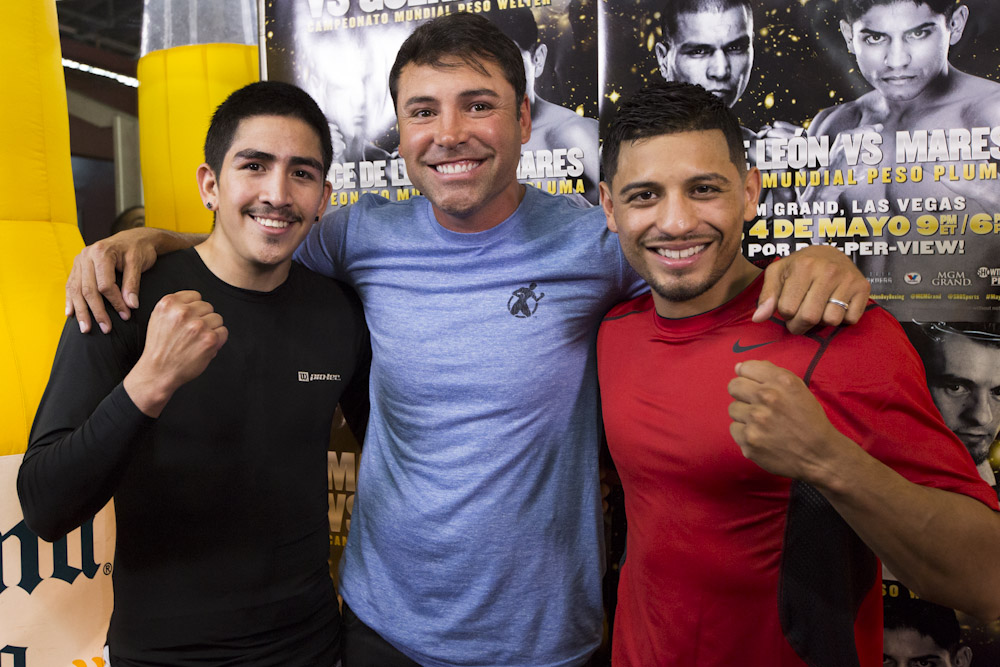 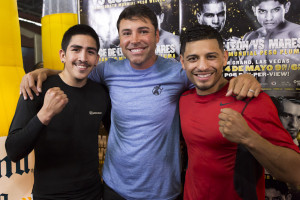 There are some fans that aren’t as excited about the matchup between Leo Santa Cruz and Abner Mares. The bout is scheduled to take place at Staples Center in Los Angles, California on August 29th, this according to LA Times writer Lance Pugmire.

Pugmire first broke the story last week after speaking with Santa Cruz, although there has been no official announcement as of yet. Regardless, the fight seems all but signed, and it was always in the making.

In fact, most predicted that we’d see the fight in 2015 when the light started shining on Santa Cruz’s lack of opposition, especially after it was announced he’d be fighting on the undercard of Mayweather-Pacquiao.

For this reason, among others, fans feel like the due date for this fight is past its prime. However, that is not the case.

I contend that this fight would’ve been bigger under the banner of Golden Boy Promotions—the promotional company that both fighters were once signed to, and it could be argued that Oscar De La Hoya was the one that started the groundwork on this promotion years ago when an obvious bout between two Mexican fighters around the same weight seemed logical.

Still, this fight is exciting and it is an important matchup for California. That point was made by Southern California’s own Robert Garcia, trainer of some of boxing’s best. Garcia acknowledged the importance of this fight in a video interview with FightHype.com published on their YouTube channel.

“That’s a fight that a lot of fans, especially here in Southern California, want to see. I want to see it. I’ll be there to watch it. I’ll probably pay my ticket to go see that fight because it’ll be nice fight to go watch,” Garcia said.

The reason why this fight shouldn’t be overlooked is because it is a true pick ‘em fight between two fighters that will deliver fireworks. Even with all of Garcia’s advanced knowledge, he cannot decide on a winner and admits that both men have momentum heading into the fight.

“It’s a tough pick. They’re both young, they’re both in great moments in their career. I think right now maybe Santa Cruz is better [at the] moment because he’s still undefeated and hasn’t lost. But Abner has a lot of experience. Abner has already loss and he already knows what it is to lose. Santa Cruz has never felt that, so I think it’s a close fight.”