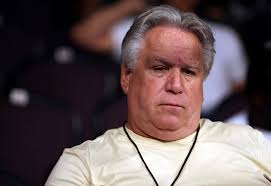 “He has regional titles, they’re good, they’re nice to have. Now it’s time to step up and get a world title.”

These were the words of promoter Gary Shaw speaking with Vic Salazar following Thomas Dulorme’s split decision victory over Hank Lundy at the Barclays Center in Brooklyn, New York on December 6th.

Dulorme (now 22-1,14 KOs) is promoted by Shaw and defended his NABF light-welterweight title and gained the WBO NABO title at the same weight by edging out Lundy in a tight fight, which he probably won with the knockdown that he scored in the opening round. Now Shaw believes his man is on the cusp of challenging for a world title and his latest victory was a crucial building block in preparation for that next step.

“I think it was a solid performance. I think he made the fight a little bit harder than he should have, he could have kept Lundy outside by keeping that jab, doubling up on the jab.”

An objective assessment like that is born out of many years promoting some of the biggest superstars in the game. At one time or another Shaw has promoted the likes of Mike Tyson, Lennox Lewis, Shane Mosley, Arturo Gatti, Manny Pacquiao and Diego Corrales. I imagine it’s rather difficult to for him to get overexcited about anything with a resume like that. He offered a similar overview of Lundy’s performance too, complimentary yet truthful.

“Lundy started figuring him[Dulorme] out a little. You know Lundy’s a seasoned veteran, he’s crafty so he started to get on the inside but he didn’t cut off the ring. He only followed Dulorme around but it was a great learning experience for Thomas and it’s a great step up. These are the things you need to move it up.”

So who awaits at the top of the stairwell for for young Dulorme? The real kingpin of the division is Danny Garcia, holding the WBA (Super), WBC, and The Ring Magazine titles at 140 pounds, but he is fighting on the other side of the street at Showtime and is almost certainly moving up to welterweight in the near future. Lamont Peterson holds the IBF strap but also fights on Showtime, so that leaves WBA (Regular) Champion Jessie Vargas in the firing line should he deal with the imminent challenge of the interim champ Mauricio Herrera. The WBA is also the most promising route as it is with them that Dulorme is ranked the highest.

The ‘politricks’ of boxing have whittled a plethora of options down to just one. All Dulorme needs to do now is get his foot on the ladder, and the remaining rung left available to him is a very winnable fight indeed.