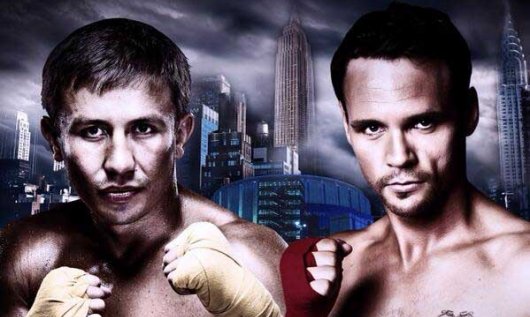 Every fight fan in the world is eagerly anticipating the return of hard hitting WBA middleweight champion Gennady Golovkin (29-0 26 KO’s) on July 26th at Madison Square Garden.  He will be facing Daniel Geale (30-2 16KO’s) who is a former two time middleweight titlist. Despite Geale turning this fight down twice before in the past, many fans believe he is the most accomplished fighter that will be on Golovkin’s resume thus far.  In a recent interview with Golovkin conducted by Nestor Gibbs, Golovkin was asked If he saw any threat in Geale since he had avoided him twice before in the past.  He responded by saying “Maybe…because he is an ex world champion, he had two belts.  I saw his fights and I remember him.  He has good speed and good conditioning. Very interesting… it’s a big test for me.”

His statement may be true and Geale might be a formidable foe. However, every fan is wondering what Golovkin’s next move might be after his fight with Geale.  Contrary to what his trainer and promoter said last year about GGG willing to take fights from jr. middleweight to light heavyweight, he recently claimed in an interview that he is looking to stay in the middleweight division and unify the belts before moving up in weight.  He expressed his interest in the winner of Cotto v Martinez and stated, “That’s very important for me, because it’s very important for my division.” Personally speaking, I am glad to hear GGG wants to stay in the middleweight division and become the lineal middleweight champion.  I personally admire GGG for saying that and I hope he pursues that goal.