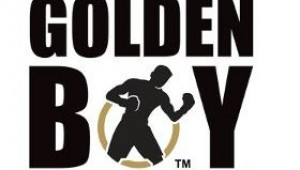 LOS ANGELES, CALIF. (April 25, 2014) – A Northern California star on the rise and several Mexican warriors will enter the ring at the Del Mar Fairgrounds in Del Mar, Calif. on Thursday, May 15 when FOX Sports 1 and FOX Deportes airs the latest edition of the exciting Golden Boy Live! series. In the junior featherweight main event, scheduled for 10 rounds, Fairfield, Calif. favorite Manuel “Tino” Avila risks his perfect professional record against hard-hitting Tijuana veteran David “Morita” De La Mora. Plus, Paramount’s Manuel “Suavecito” Roman battles Merida’s Jose “Cacho” Silveira in an eight-round bantamweight co-feature.
Also featured on the card will be some of San Diego’s top talent looking to continue building their fan bases in their young careers. Highlighting the local talent in separate bouts will be Vista’s junior lightweight Roque Ramos (4-0-1, 1 KO), tough Merida middleweight Elias Espadas (5-1, 3 KOs), Ricky Gutierrez (2-1-1, 1 KO) of San Marcos, two San Diego featherweights Prince Smalls (4-0-1) and Jorge Ruiz (6-1, 2 KOs).
Avila vs. De La Mora is a 10-round junior featherweight bout presented by Golden Boy Promotions, Don Chargin Productions, Paco Presents and in association with Jorge Marron and sponsored by Corona and O’Reilly Auto Parts. The Del Mar Fairgrounds doors open at 5:30 p.m. PT and the first fight begins at 6:00 p.m. PT. The FOX Sports 1 and FOX Deportes broadcast airs live at 10:00 p.m. ET/7:00 p.m. PT.
Tickets priced at $75, $60, $45 and $29 plus applicable taxes and service charges are on sale now at Ticketmaster.com, all Ticketmaster locations, at the Del Mar Fair Grounds Box Office by call (858) 792-4252 or by emailing [email protected].
Unbeaten as a professional, 22-year-old Manuel “Tino” Avila (14-0, 5 KOs) has been attracting the attention only afforded to the top up and coming talents in the sport. A former elite amateur, Avila has continued to impress since his debut in 2010. On February 17, Avila nabbed his fourteenth professional win with a 10-round decision win over Enrique Quevedo that was highlighted by a tenth round knockdown of his toughest foe to date. On May 15, he will attempt to get win number 15 making his return to the hit Golden Boy Live! series.
Former WBC Fecarbox Champion David “Morita” De La Mora (25-5, 18 KOs) is a warrior always willing to go to battle when the bell rings. A professional since 2006, De La Mora fell short in championship fights against Koki Kameda and Anselmo Moreno, but he believes his experience will be the key to him getting a win over Avila and putting him back on the right track this May.
Born in Tijuana but now fighting out of Paramount, California, 26-year-old Manuel Roman (16- 2-3, 6 KOs) has faced off with the likes of Randy Caballero, Luis Lugo and Anthony Villareal over the course of his career and while he’s had his ups and downs, a win over then 14-0 John Amuzu at the Del Mar Fairgrounds last September has “Suavecito” on the upswing.
Merida’s Jose “Cacho” Silveira (15-10, 6 KOs) is a stern test for any fighter looking to take his career to the next level and having faced nine unbeaten opponents since turning pro in 2005, the proof is right in his record. Coming off of a hard-fought eight round bout with three-time Olympian Rau’shee Warren last December, Silveira is eager to return to the win column against Roman.
Tweet