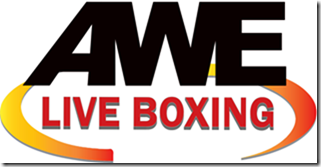 San Diego, CA – May 6, 2014 – On Saturday, May 17, Lee Selby will take on Romulo Koasicha for the vacant WBC International Featherweight title in a 12-round bout bout that will headline a championship afternoon of boxing live on AWE – A Wealth of Entertainment.
The fight, which will also serve as a WBC Elimination bout to champion Johnny Gonzalez’s belt), will originate from the Motorpoint Arena in Cardiff, Wales.
“This will be another great afternoon of live world-class boxing”, said AWE President Charles Herring. “We have two title fights with the winner positioned to fight for the world title. The Buckland verses Rees bout will be a terrific fight and boxing fans will be excited to see Nathan Cleverly’s Cruiserweight debut.”
Selby of Barry, Wales has a record of 18-1 with 7 knockouts. Selby has been on a roll, winning 14 straight fights and capturing multiple championships.
The 27-year old Selby has won the Welsh Area Featherweight title and the Celtic Featherweight title. He won the British and Commonwealth Featherweight titles with an 8th round stoppage over previously undefeated Stephen Smith (12-0). He defended The British belt four times and the Commonwealth Belt five times. During those defenses he had impressive wins over Patrick Okine (11-1-1), Martin Lindsay (20-1), Corey McConnell (11-0-1) and his last bout where he also capture the European Featherweight title with a 6th round stoppage over former world title challenger Randall Munroe (27-3-1) on February 1st. Selby also captured the WBC International Featherweight title when scored a 12-round unanimous decision over Viorel Simion (16-0) in 2012.
Selby is ranked no. 4 in the world by the WBC, no. 6 in the world by the IBF and no. 10 in the world by the WBO.
Koasicha of San Luis Potosi, Mexico has a record of 21-3 with 12 knockouts. He has earned a number of belts, including the WBC United Stated USNBC with a 7th round stoppage over Eduardo Becerril. Koasicha has defended the title three times over two reigns which includes his last bout when he scored a 12-round unanimous decision over Marcos Cardenas on February 8.
A stacked undercard has been arranged by promoter Eddie Hearns of Matchroom Sport. In a 12-round Battle for the WBC International Super Middleweight title, undefeated Callum Smith (10-0, 8 KO’s) will take on Tobias Webb (14-1-1, 2 KO’s). Gary Buckland (28-3, 9 KO’s) will battle former world champion Gavin Rees (37-4-1, 18 KO’s). Also former Light Heavyweight champion, Nathan Cleverly (26-1, 12 KO’s) will make his Cruiserweight debut against Sean Corbin (17-4, 12 KO’s)
Boxing fans can enjoy Selby vs Koasicha and upcoming world-class boxing bouts live on AWE via Verizon FiOS TV channels 169 and 669 in HD, AT&T U-Verse TV channels 470 and1470 in HD, along with over 100 cable systems across the country and worldwide. Watch for additional live boxing announcements at www.awetv.com
Tweet