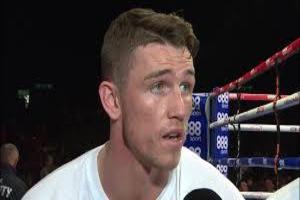 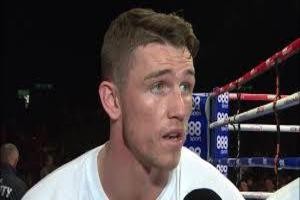 Each is undefeated and on the cusp of breaking into the world title picture at 168 lbs., but Britain’s Callum Smith (17-0, 12 KO’s) and Rocky Fielding (21-0, 12 KO’s) are set to face one another for the vacant British title on November 7th at the Echo Arena in Liverpool, England.

Given they both come from Liverpool and are at a particularly precarious stage of their careers, parallels can be drawn between this fight and George Groves vs. James DeGale and Nigel Benn vs. Michael Watson; local rivals both good enough to earn world honours, but required to take one final test at home before they do.

Smith has been the more heavily hyped and with good reason; he has looked flawless so far whereas Fielding has sometimes struggled with weight, leading to questions about his motivation despite coming up with the win every time.

Fielding put in the best display of his life last time out against Brian Vera in June, blasting the traveling Texan out in two rounds with hurtful, explosive combinations.

On the same card, Smith outpointed a French concrete slab known as Christopher Rebrasse, who has looked ready and willing to take clean sledgehammer blows in his two appearances in Britain and keep on coming. World title challenger George Groves failed to stop him last September as well.

Speaking with Sky Sports, Smith said observers are reading too much into Fielding’s win over Vera, claiming he would not have received as much praise in the same position.

“I think people are reading far too much into his win over Brian Vera.”

“Vera had lost his last three and came out of retirement to fight Fielding. I think if I boxed Vera and stopped him, I’d get: ‘he’s just another blown-up middleweight who’s lost nine times’! I don’t think I’d get as much credit as Rocky did.”

“I thought Vera was shot and even Vera at his best wasn’t good enough to win a world title. People are reading too much into that win and are making it a 50-50 fight but I’m confident I’ll prove I’m the better boxer on the night.”

Vera’s record would seem to indicate he was on the downward slide by the time Fielding got to him, but his three losses on approach to that fight were all on points and competitive against solid opponents. No one has ever dispatched him in the manner Fielding did.

Smith wasn’t paying that any heed though and from his words you would be forgiven for thinking he doesn’t even consider Fielding a genuine threat.

“I believe whether he’s struggled in the past with the weight or not, I can hurt anyone in the world with the body shots if I land right. I won’t just look for the body, though. I’ve got another game plan and I believe I’m the better boxer. There are many ways the fight can go but I see only one winner.”

Smith and Fielding also have two of the most intelligent trainers in the country behind them in Joe Gallagher and Oliver Harrison respectively, who will pit their wits as fiercely as their fighters trade punches.

This is a compelling match-up with high stakes not only in the wider picture of the division but also for local bragging rights.

Both will be well compensated and even the loser’s reputation will not be greatly damaged in a competitive loss provided the winner goes on to bigger and better things. This could turn out to be a bit of a masterstroke by Matchroom Head Eddie Hearn.