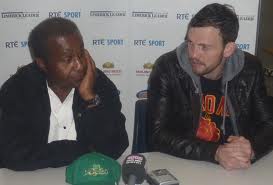 We are setting off todays Wire Report with some government intervention..
I will talk about how 2 Senators will try and pass legislation that will create a special boxing commission to oversee all matches in the United States and restore integrity to the sport of boxing. Also I delve into the Chavez Jr drug test conspiracy. What is going on with the Calestino Caballero and Mikey Garcia match.. Is Victor Ortiz passed Josesito Lopez a little to early. This and much more on today’s Wire Report.

I’m not a Republican, matter of fact I’m not much of a Democrat either…
I’m a boxing fan which usually does apply to politics, that is until Saturdays controversial  Pacquiao-Bradley decision brought 2 Senators together to try and bring respectable decisions back to boxing. Sen. John McCain, R-Ariz., who boxed while at the U.S. Naval Academy, and Senate Majority Leader Harry Reid, D-Nev., a former middleweight boxer, are pushing the measure establishing the U.S. Boxing Commission, an entity that would carry out federal boxing law, work with the industry and local commissions and license boxers, promoters, managers and sanctioning organizations. “Clearly, the conspiracy theories and speculation surrounding the fight are given life because there are so many questions surrounding the integrity of the sport and how it is managed in multiple jurisdictions,” said McCain, who pointed out that professional boxing is the only sport in the United States without a strong, centralized association regulating it.Under the legislation, all referees and judges participating in a championship or a professional fight lasting 10 rounds or more would have to be fully registered and licensed by the commission. A sanctioning organization could provide the names of judges and referees it considers qualified for that caliber bout, but only the commission could appoint judges and referees to participate in the matches. This is the state of boxing right now, if things are not done to change our sport it will be in danger of being bought by Top Rank, or Golden Boy Productions, literally.

In the aftermath of the Saturday’s fight between Julio Cesar Chavez Jr. and Andy Lee, Lee’s trainer Emanuel Steward has expressed he is very concerned about whether the fight was a level playing field for both fighters to compete in. Team Lee has requested confirmation and clarity from Dick Cole, the Texas State Athletic Commissioner on whether Chavez Jr. carried out an anti-doping drug test on Saturday evening and what the results are. Furthermore Steward has a meeting with Senator John McCain, instigator of the Muhammad Ali Boxing Reform Act on July 10 and one of the items on the agenda is enhanced performance drugs being used in professional boxing.
“Andy Lee is like a son to me,” Steward said “I always look after all my fighters’ health and well being. I am very concerned about enhanced performance drugs being used by boxers. This is not tennis or golf; boxing is a physical combat sport where if drugs are used by one fighter then this is a disadvantage against the other fighter and causes serious damage to a fighter’s health. Are we going to wait for someone to be killed in the ring before this matter is taken seriously and dealt with? “I am taking this matter about the fight on Saturday evening very seriously and I am waiting on the Texas Commission to clarify the situation before considering any appropriate action. I am not putting Andy Lee or any of my fighters’ lives at risk in life and death fights and then everyone pretends this is the honorable noble art of the sport of boxing. Good people in boxing need to stand up and speak out for what is right and stop these fighters, promoters and commissions doing whatever they like because they have money, power and muscle.” Steward also expressed concerns about Chavez ballooning in fights from 160lb on the day of the weigh-in to 180lb come fight night and the weight advantage he then has against his opponents. Another issue was why Chavez Jr. was complaining about leg cramps after the fight.The Lee camp also contends that the size of the ring was a joke, saying it was not a world championship ring, and it was more like a training ring for young amateur kids at the local recreation center. I hope that Sergio Martinez knows what he is getting himself into, because the Chavez Jr has tricks up his sleeves namely Freddie Roach, and Alex Ariza type tricks.

According to Radio La Exitosa in Panama, promoter Sampson Lewkowicz has confirmed the cancellation of the fight for the WBA world featherweight championship between Calestino Caballero and Mikey Garcia, originally scheduled for July 28. Details of the cancellation will be announced by Lewkowicz in a press conference in Panama on Wednesday.

Former WBC welterweight champion Victor Ortiz (29-3-2, 22 KO’s) will be putting it all on the line this Saturday night against fringe contender Josesito Lopez (29-4, 17 KO’s) in a crucial bout for the 25-year-old Ortiz at the Staples Center in Los Angeles, California. Ortiz already set to fight unbeaten WBC super welterweight champion Saul Alvarez at the MGM grand on September 15th. Let’s just hope Ortiz trains seriously he still has to get passed Lopez, for his chance at Canelo.

That’s all for today folks please join us tomorrow for some more news and gossip, and don’t forget to tune into our live radio show this Thursday night at 7pm on blogtalkradio.com/ThaBoxingVoice  to hear from Sergio Martinez’ trainer and Promoter Pablo Sarmiento and Lou Dibella. I also want to mention our You Tube channel,
with live interviews at last weeks BWAA Awards Dinner. I have to Shout Out our radio hosts @nesgto, @BoxingVoice_Vic, and @jacquelinet713 for amazing footage, and great Q & A’s with some of boxing’s favorite stars.. You Guys Killed it..
Thank all the Boxing Maniacs out there.. Follow @number2snake on Twitter.