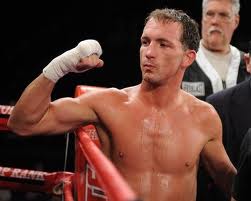 The 34-year-old Rainone is an aggressive southpaw with the heart of a warrior. In his last fight, on November 13 at The Space at Westbury in Westbury, New York, Rainone picked up his second professional title, the United States Boxing Organisation Welterweight Championship by scoring a unanimous decision over Carl McNickles (scores: 98-89, 98-89 and 97-91). Rainone also won the IBA Americas title in 2012.

“I’m proud to be working with a throwback fighter like Tommy Rainone,” said Greg Cohen. “He’s going into the biggest fight of his career and he’s 100% ready. Tommy plans on making the most of this opportunity and knows that a victory over Dusty at Madison Square Garden will be the launching pad he’s needed to secure fights at the highest level of the sport.”

Outside of boxing, the multi-talented Rainone works as a supervisor for Hilton Hotels and was also a cast member of the Off Broadway boxing play, Kid Shamrock, which appeared in winter of 2011 and the summer of 2012.