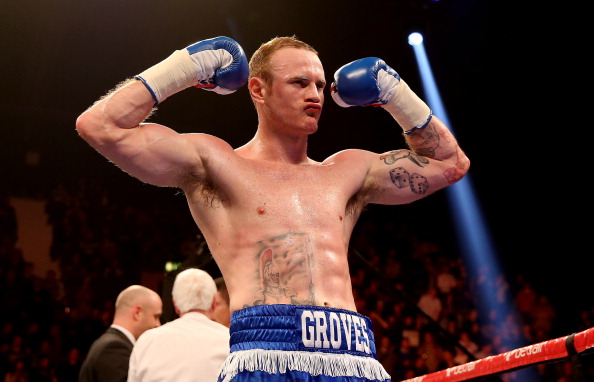 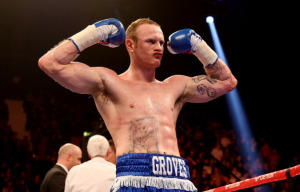 At Wembley Arena, London, Groves entered the ring in style with a brass band and a fire display adding to the energetic home atmosphere. The night had a typical Team Sauerland feel with brash entrances being the norm on a big fight night in Germany. George Groves has developed an impressive fan base after his last two high-profile fights and his support was very vocal over duration of the bout.

The Frenchman Christopher Rebrasse (22-3-3, 6 KOs) proved to be a difficult opponent, “L’Iceberg” wasn’t a big hitter but this proved to be frustrating for Groves. Rebrasse fought a careful fight, keeping a high guard at all times without taking too many risks. Rebrasse was big for the weight and proved difficult for Groves to hurt, any shots the Englishman did land Rebrasse soaked up without much trouble. Groves used his speed to find gaps in his opponent’s defence and worked behind an excellent jab. The Frenchman had decent hand speed of his own and quickly found his defensive shell again after the occasional times he did unload a few shots.

The Quality of Groves proved to be the difference in the fight. Groves was the busier fighter and landed the more effective hurtful shots. He didn’t give the counter puncher much to work on by doubling up on the jab and keeping the bigger man at bay. Groves dominated the fight but his opponent didn’t relinquish his belt easily and Groves had to work hard for the win.

Reflecting on his victory Groves said after the fight on Sky Sports: “It was a tough fight. Rebrasse was a good opponent, a tough guy, he took an awful lot of punches. I knew it was going to be tough. I didn’t want to run out of steam, I felt in great condition but you always have to be cautious against a guy who has never been stopped.” Regarding not getting the expected stoppage win Groves added “I want to knock people out, I didn’t manage it tonight but I gave it a real good go.”

This win puts George Groves in the mandatory position for a fight against Anthony Dirrell. Dirrell recently has been very vocal about Groves and claims the Hammersmith fighter doesn’t deserve a shot at his world title. Groves on the prospect of facing Dirrell said, “He’s already done some statements, he’s a bit cheeky and a little bit outspoken. He’s been very disrespectful.”

Team Sauerland the promoters of Groves are also expecting to be landing that world-title shot sooner rather than later. In the post-fight conference Kalle Sauerland give his view. “We’re ready to start talking to Dirrell’s people. I don’t see many other options for them. There are no bigger fights, George is a natural entertainer inside and outside the ring and his style is very appealing to a US audience.”

Personally I think it was a very good performance from Groves. His opponent proved to be very tough and after that brutal KO defeat to Froch, Groves seemed every confident and boxed positively. He and his camp seem confident of beating Dirrell and I just hope Groves isn’t too eager in taking that fight. Although Groves was very good, I think there is a few things he could improve on in the ring. He boxed most of the night with a wide punching stance and was caught with a few punches. Rebrasse isn’t known for his knockout power and I feel a bigger puncher would have caused Groves some problems last night. I think another tough fight would be beneficial for Groves before testing himself against a world champion again. Groves defiantly has the skills and potential to make it to the top but in boxing timing can make all the difference.