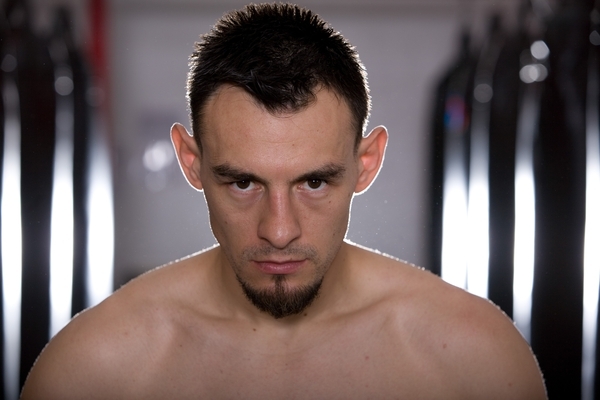 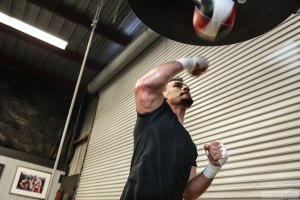 Sean Zittel of ThaBoxingVoice caught up with Robert Guerrero (32-2 18 KO’s) at a Premier Boxing Champions press event in the lead up to his clash with Keith Thurman (24-0 21 KO’s) this Saturday.

Guerrero seemed particularly upbeat and excited for this fight during his brief Q&A with the press. He spoke about the shape he is in and how he has tweaked his training a bit since the highly publicized introduction of CrossFit into his last training camp.

Most may remember that it was after that CrossFit infused training camp that he was involved in a particularly action-packed fight with Yoshihiro Kamegai. Guerrero didn’t look at his best against the underdog, but he assures us that he has made some adjustments, and he is in great shape.

“You know everybody always says ‘this is the best camp I’ve ever had, the best I’m in shape.’ I’m always in good shape all the time. You know, the one thing we did was, we added the CrossFit last year… but we still had to do some fine tuning, and that’s what we did. We fine tuned it, man I think we got the recipe down just right to be ready for fights.”

“It’s not how hard you punch; it’s how hard a hit you can take man, and that’s what we’re comin’ to do. I know he hasn’t been battle tested… we’re gonna find out Saturday night.”

This fight is gearing up to be very entertaining. The tendencies of these fighters have already led us to this conclusion, but Guerrero is putting the exclamation point on our assumptions. He’s coming to fight. He has no plans on changing his pressure style in this fight, and the focus will be on how Thurman handles it.

Robert Guerrero is going to force Keith Thurman to answer a lot of questions on March 7th, in the live debut of Al Haymon’s “PBC on NBC”. Is Thurman as good as everyone claims him to be or will Guerrero show the world why he is still a force in the welterweight division?