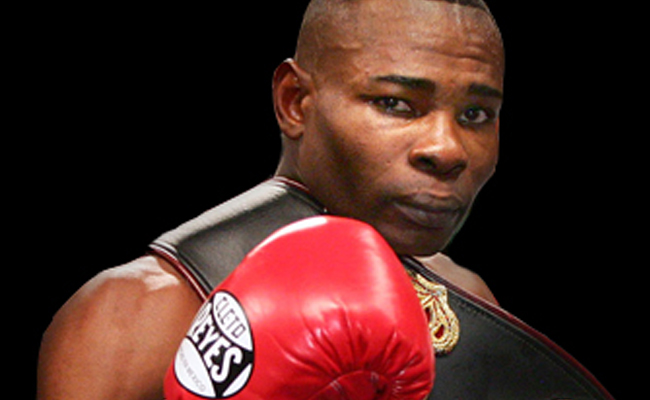 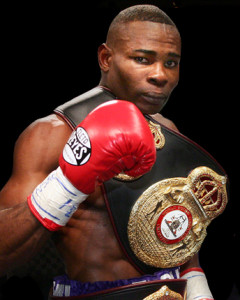 With the signing of super middleweight star Andre Ward to Jay Z’s Roc Nation Sports, another fighter that has been rumored to possibly join the stable is undefeated Cuban boxer Guillermo Rigondeaux. We had the opportunity to interview Rigondeaux recently and asked him if he indeed had plans of signing. “We spoke about it 2 or 3 times, now its a matter of coming to a conclusion.”

Rigondeaux was short of an answer, possibly not wanting to give out too many details if indeed he was negotiating with Jay Z. We asked Rigondeaux if he was willing to fight some of the fighters that have been calling him out such as Leo Santa Cruz, who has made public his desire to want to fight Rigondeaux but has been in the ring with lesser opposition and if it bothers him that Santa Cruz says to be better. “The question is, will they want to fight me? The promoters can say what they want about the fight, the fighter has to want the fight. I don’t stress it because I’m the super champion in my division. He can’t be ranked above me, I’m the super champion at 122 pounds.”

Aside from Santa Cruz, another fighter that many think would be a good matchup for Rigondeaux is  WBO Featherweight Champion Vasyl Lomenchenko. “No, the problem is, I don’t have a problem with my weight, but I’m a 118 pound fighter, not a 126 pound fighter. Its a big weight difference and size difference. Whoever wants to fight me, fight me at 122 pounds. That’s where I’m at. Thats where I’m champion.”

Rigondeaux recently fought an exciting fight in Japan, a lot more different than his usual style that most fans and critics call boring. Rigondeaux made an exciting fight and seems to be changing up his style a bit. “We’re a bit more professional, we make improvements every time we have a fight. With each passing fight we make improvements. We’re fighting better and with each opponent we have a different style, and now everyone at 122 who claims to be the best, lets see if they want to fight with me.”

One thing that could help Rigondeaux become more marketable is learning how to speak English. When he is translated in interviews he is is actually very sharp and outspoken with his answers. He is actually a real good trash talker and many fans would find his personality very entertaining. “We’re going to do our best to try and learn the English language. I promise you that next time you interview me, I’ll be answering in English, I’m positive!”

A fighter who Rigondeaux has previously beaten, Nonito Donaire, is coming off a devastating knockout loss to Nicholas Walters. Donaire has since expressed interest in moving down to 122 pounds where Rigondeaux resides.  On the possibility of a possible rematch with Donaire, Rigondeaux had this to say: “Who said Donaire was a fighter? Who? I want you guys to tell me who said Donaire was fighter? He’s an embarrassment. That’s what happens when he gets thrown in with awful fighters. At 126 pounds, he gets busted by Walters. At 122 pounds he gets busted by El Chacal [Rigondeaux], I’m the super champion, when I fought against Donaire at Radio City I weighed 125 pounds, how much did he weigh 142 pounds? How many divisions, not pounds, divisions, was he above me, and I still beat him.”

We mentioned to Rigondeaux if we was at all frustrated that fans have complained about him and criticized his style. “No, whether the fans accept me or not, I’m a winner, and I’ll beat anyone they put in front of me no doubt about that. Now what do the fans always talk about? Whats my record, 14-0, how many knockouts do I have? 10, and 4 decisions, that’s like a 95% knockout ratio. That’s what I don’t understand. What happens is fighters start to make excuses about my style, then when they get in the ring with me and they see the have a demon in front of them. Let’s see what excuse they have when they’re in front of me. I want them to do what they said they would do to me.”

Finally, with Roc Nation being a possible promoter for Rigondeaux, we asked him if he felt he would gain more fights and possibly become a “money” fighter. “Yes I feel like if they get the right kind of money then more people will fight me, why not? I know what I’m capable of and in the end I’ll win.”