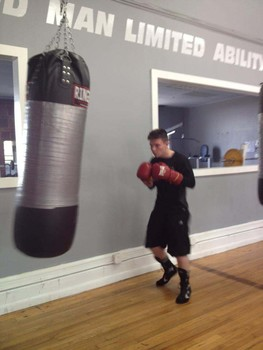 Hackensack, NJ (April 29, 2014) – Hard hitting junior middleweight prospect Bobby Gunn Jr. scored his second straight first round annihilation, disposing the debuting Gabriel Smallwood in just 51 seconds last Saturday evening at the ABC Auditorium in Annandale, VA.
Gunn Jr, who stopped Devin Gist in 43 seconds during his pro debut in March, had a nearly identical result this time out. Gunn opened up the fight by jabbing, which caused Smallwood to move backwards. Shortly thereafter, Gunn unleashed a vicious body-head combination, putting his foe down for the count.
“It felt good but I kind of wish I got some rounds in,” said the soft spoken Gunn Jr. “I’m happy with the win and am already back in the gym to train for my next fight.”
Gunn Jr. looks for his third win in as many months when the Hackensack native makes his Garden State debut May 31 at the Birchwood Manor in Whippany.
Tweet