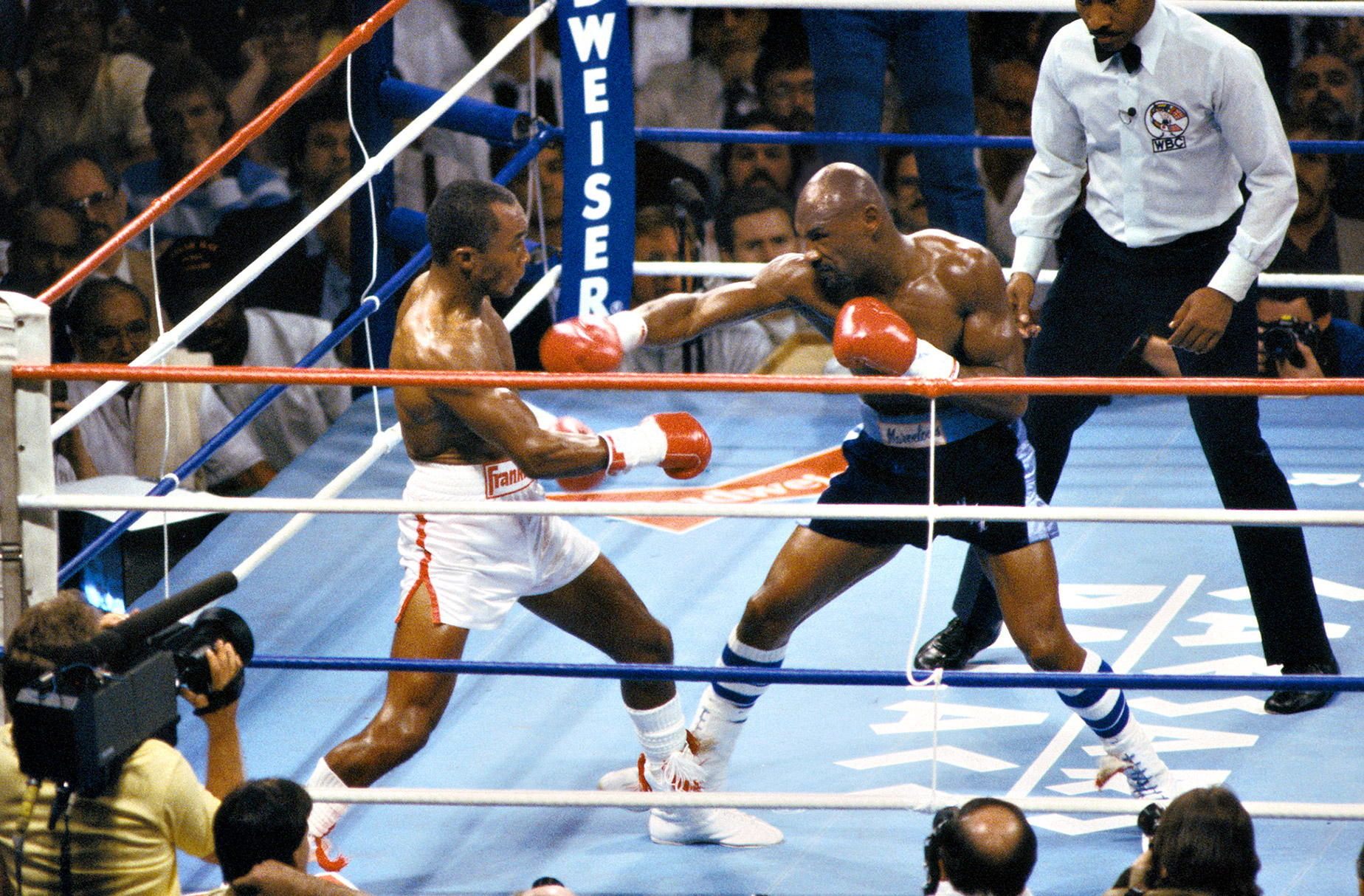 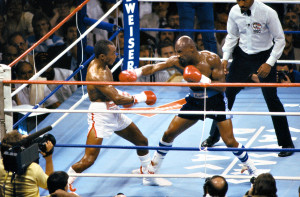 ‘Marvelous’ Marvin Hagler became estranged from the sport he ruled in the decades following his retirement, his taste soured by a final injustice in a recurring line of similar instances.

He finished his career in 1987 after losing a fight he thought he won against ’Sugar’ Ray Leonard. He compiled a record of 62 wins, 3 losses and 2 draws and racked up 12 defences of his titles, unifying the middleweight division and holding it under a firm grasp for 3 years.

His hallmarks -aside from his shaved pate- were an irrepressible aggression, an undentable chin and the ability to switch-hit better than anybody before or since. 52 of his opponents failed to hear the final bell against him, and he is rightly regarded as one of the finest middleweights of all times.

Now as an older gentleman he can be seen more often at conventions and gatherings to celebrate the greats of the past, a group of which he is certainly a member.

In a recent interview with Fight Hype, he discussed the knockout and what makes a man able to dish out that one brutal blow that ends a contest.

It was put to him that it is often said “punchers are born and not made” and was asked where he stands on that assertion.

“I believe that I have a gift. I don’t believe that you can teach nobody how to knock somebody out. I mean, to punch. You can work hard punching the bag or whatever like that but some people I see, even in the smaller weights, you watch these guys in the smaller weights, featherweights or whatever, and they throw thousands of punches, but they can’t knock the guy out. I think you have to be able to have it in you, I don’t think you can develop it.”

Nobody fits the description of a ‘born puncher’ better than the man who currently rules the division Hagler once sat atop, WBA Super champion Gennady Golovkin, who has smashed 30 of his 33 victims inside the distance so far.

He will be facing another KO artist IBF champ David Lemieux this coming October in a unification bout that has been likened in style to Hagler’s legendary 1985 War with Tommy ‘The Hitman’ Hearns.

If Golovkin can sew up the division before he retires, he will likely be considered the latest in a prestigious line of middleweight kings who managed the same feat, following on from Bernard Hopkins, the heir to Hagler himself.