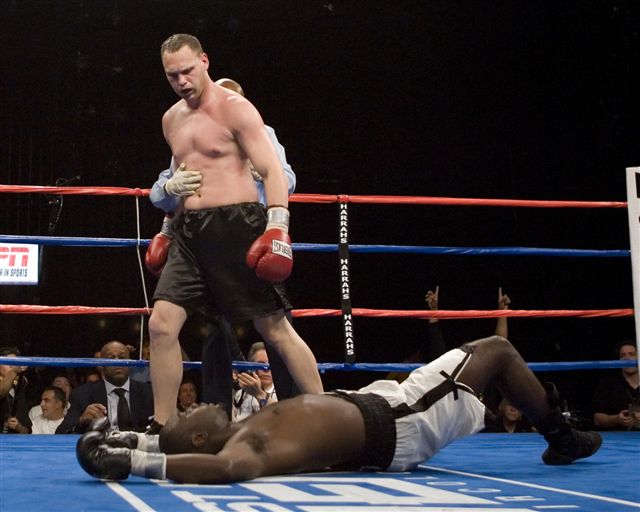 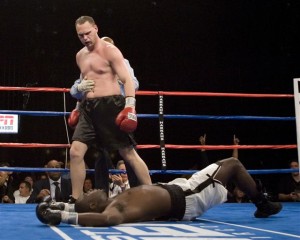 Atlantic City, NJ (August 12, 2015)–John Lennox made a call in February to his long time manager and good friend Rich Masini. The call was relatively long.

The contents of the call were passionate on both sides because the two guys who have had the same goal and same mission for years, win a title. The manager and the fighter each laid out their case, but the crux of this call was between two great friends who have a great respect for each other and they both agreed to do their part in the quest of the goal.

That quest begins this Saturday night when Lennox (13-2, 5 KO’s) takes on Dan Pasciolla (3-1) in a six-round heavyweight bout at The Playground in Atlantic City.

Shortly thereafter, John walked into the gym and met with his longtime trainer Charles Thomas and Masini.

John was weighing 249 pounds and a long way from his ideal fighting weight.

“I took time off. I got married and had a child plus I work in Manhattan as a Loss Prevention Manager at Barneys. Things are going well now.”

What transpired over the next six months was the epitome of hard work and dedication with one vision of which will come to fruition on Saturday night in Atlantic City.

Lennox will enter the ring after a 22-month layoff when he takes on the formidable Pasciolla.

“I knew what my problems were and now it’s time to get back to boxing. I want something out of boxing.”

Lennox is an accomplished professional and is ready to go after the long layoff.

Masini has gone on record stating that John is in great shape, and we have had great southpaw sparring. On August 15 in Atlantic City, it will be John’s night to prove he is back.

“I know Pasciolla is a tall southpaw, but that should not be a problem I am working to put on a good show.”

“I love this kid, and when he is in the ring, I am with him,” said Masini. “I have the utmost respect for John and we expect a great night against a solid opponent. We expect John to have a large support group to be in the crowd rooting him on.

John has had great trainers over the years, including long-time and first-time trainer Charles Thomas. John has also trained under Buddy McGirt. Because of other obligations, Buddy will not be able to be here with us on fight night but he is expected to be in John’s corner in upcoming fights.

Masini gushes over Thomas great work with Lennox. Thomas and Lennox have a long bond which gives Lennox a great comfort level.

“I want to thank my manager and trainer for still believing in me. I do this for them as much as I do this for me. I am taking this very serious as I am planning to drop down.”