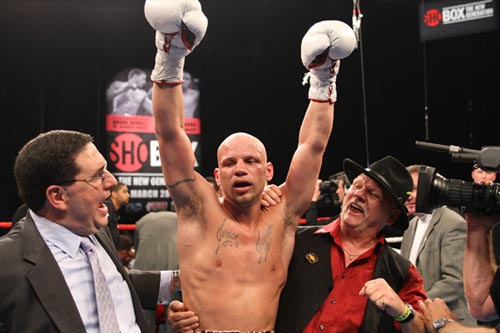 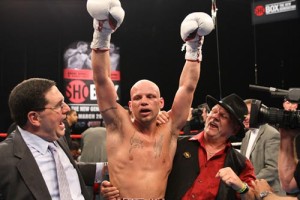 On Saturday night, January 24 at the GPG Event Center (Formerly the Woodbine Inn) in Pennsauken, New Jersey, the inaugural boxing will take place with local favorite and Middleweight contender, Harry Joe Yorgey taking part in a bout for the WBU World Middleweight title.

The show is promoted by Witherspoon’s Silver Spoon Promotions.

That set up a shot at Alfredo Angulo for the WBO Interim Middleweight title.

Yorgey was stopped in three rounds but has come back to go 5-1-1 since which was highlighted by a 1st round stoppage over previously undefeated Zain Shah (5-0).

In the 10-round co-feature, Heavyweight contender Chazz “The Gentleman” Witherspoon will also be in action.

Witherspoon (31-3, 23 KO’s) of nearby Paulsboro, New Jersey established himself as one of the top American Heavyweights as the St. Joseph’s University graduate won his first twenty-three bouts with wins over the likes of Michael Alexander (11-0), Talmadge Griffis (24-6-3), Jonathan Haggler (18-1) before suffering his 1st defeat to future two-time world title challenger Chris Arreola via controversial disqualification.

Witherspoon went on to win three win a row which was highlighted by an entertaining 8th round stoppage over Adam “The Swamp Donkey” Richards (21-1). That fight was voted Ring Magazine’s 2008 Heavyweight Fight of the Year. Witherspoon then dropped a fight to future two-time world title challenger Tony Thompson.

Witherspoon went on to score 4-consecutive knockouts which included a devastating 3rd-round destruction over Tyson Cobb (14-2).

Witherspoon then took on undefeated prospect Seth Mitchell on April 28, 2012 in a bout where Witherspoon had Mitchell badly hurt in several occasions before Mitchell came away with the victory.

In Witherspoon’s last bout, he score an exciting 8th round stoppage over Tyabb Beale on July 12 in West Deptford, New Jersey.

Witherspoon’s and Yorgey’s opponents will be named shortly.

Darryl Bunting of Asbury Park, NJ will make his pro debut against Ryan Bivins (0-1) of Philadelphia in a Light Heavyweight bout.

Jeffrey McCalla of Baltimore, MD will make his pro debut in a Middleweight fight.

Malik Hawkins (1-0, 1 KO) of Baltimore will take part in a Welterweight bout.

Courtney Blocker (3-0, 3 KO’s) of Pensacola, FL will fight in a Jr. Welterweight bout.