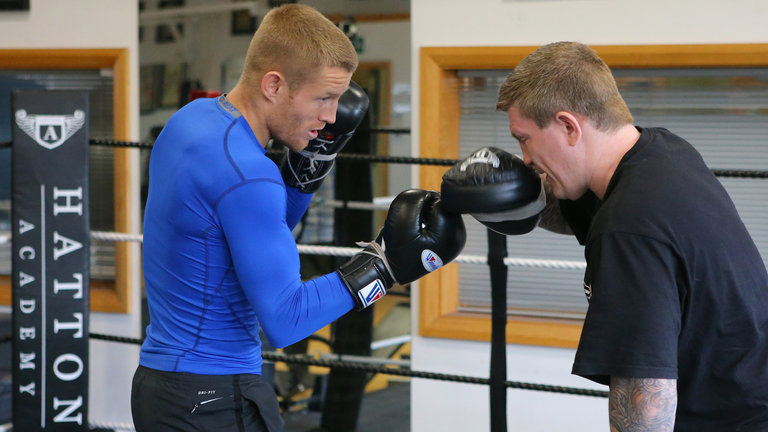 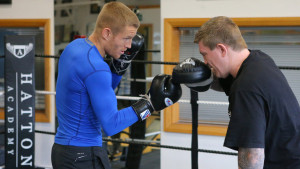 Manchester’s Terry Flanagan (27-0, 10 KO’s) will welcome a fellow undefeated fighter to his hometown on July 11th to contest for the vacant WBO World super-lightweight title in the big punching Jose Zepeda (23-0, 20 KO’s).

The card will mark the beginning of a busy fortnight for the city with another local lad Anthony Crolla challenging Darleys Perez for his WBA lightweight belt and Scott Quigg defending his WBA super-bantamweight strap on the same bill a week later. But the most famous fighter to come out of this town in the modern era, concentrated on Flanagan’s title charge first.

”You can compare this fight to Joe Calzaghe against Jeff Lacy when they fought in Manchester.”

“Joe was facing a wrecking-machine in Lacy who at the time was the next big thing in boxing and was knocking everybody out.

“But look what a master boxer like Joe did to him, he took him to pieces.”

“When I look at Zepeda’s record, I can see the list of big knockouts. There’s no doubt he can punch, but I don’t see a defining name on there, and to me, Terry is a class boxer.”

The southpaw Flanagan had to have all his boxing skills at the ready last time out against Steven Ormond for the WBO European title in February. The stout Irishman made it hard going in the early rounds with his compact frame and heavy hooks on the inside, but Flanagan gradually prised open the space between them with a busy jab, and constant foot movement.

The frustration became too much and Ormond made a habit of driving his head forwards whenever they came together, earning himself a tenth round disqualification.

It was a good performance for Flanagan in which he overcame early trouble, proving he was a cut above the title he was contending for. But the same criticism Hatton levelled at Zepeda could also be thrown his way.

No names stand out on his resume as a measuring stick for his current standing. He beat a 40-year-old Nate Campbell in 2013, but that is about it.

The lightweight scene in the UK is flourishing at the moment and Flanagan and Crolla will both head the pack if they both beat their guests. There is also WBA interim champ Derry Matthews and Kevin Mitchell to contend with and all four could combine for some cracking tear-ups.

However, the local Cold War between Frank Warren and Eddie Hearn would have to ease up before some of these matches could be made.

For the moment though, all Hatton wants to see is a fellow Mancunian replicate the feat he pulled off a decade ago against Kostya Tszyu by winning his maiden world title in front of the local faithful.

“Terry is a tremendous fighter and nothing would make me prouder than to see him become world champion in Manchester.”