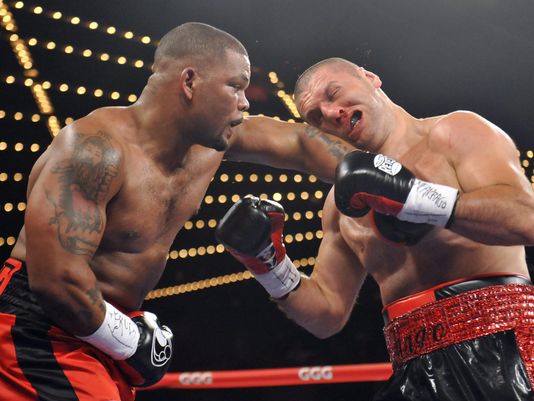 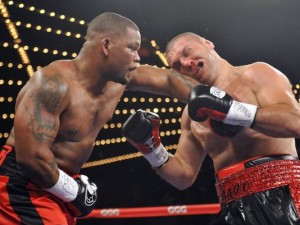 Heavyweight contender Mike Perez is unfazed by his recent rival Bryant Jennings’ shot at heavyweight kingpin Wladimir Klitschko. Klitschko is the owner of three title belts, and Perez and Jennings fought for the mandatory challenger status of the remaining WBC belt recently won by Deontay Wilder.

Perez (20-1-1, 12, KO) and Jennings (19-0, 10 KO) met as undefeated contenders in July of last year at Madison Square Garden. Both men were touted as “the next big thing” in the heavyweight division however their collision was anti-climatic.

Jennings won a split decision but only after referee Harvey Dock penalized Perez a point in the final round. Although Jennings became Wilder’s mandatory, he opted for chance at the lineal champ Klitschko (63-3, 53 KO) and Perez is now set to fight journeyman Darnell Wilson (25-18, 21 KO) in February.

When Perez was asked if he was upset at Jennings’ opportunity to fight Klitschko Perez said, “I’m not upset.”

“If they give it to him good, you know. Good for him, a Klitschko fight is a good fight for him I guess like, make some money you know.”

Klitschko’s fight against Jennings will mark his return to the prize ring on U.S. soil. The last time Klitschko fought stateside was a twelve round decision win against Sultan Ibragimov in 2008 at Madison Square Garden. Klitschko has fought three times before at the Garden; against Jennings will be his fourth and after his five round bulldozing of Kubrat Pulev he should be welcomed back with open arms. 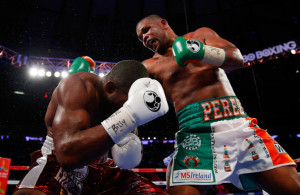 As for Perez, he has been scheduled a “stay busy” fight while he waits to cross paths with another top contender. Perez had not won a fight since November 2013 when he waged war with Magomed Abdusalamov (18-1, 18 KO), a fight that has had lasting effects on both fighters. Sadly Abdusalamov went into a coma shortly after the bout, and although he has since awoken from it, he is unable to walk, talk, and is paralyzed on his left side.

Abdusalamov has been in and out of the hospital since and Perez appears to be a different fighter in the ring now. Perez and his team decided on a quick return bout in January 2014 after the Abdusalamov fight and fought to a draw against Carlos Takam (30-2-1, 23 KO).

When asked if the Abdusalamov fight affects him now, Perez says, “You know like, truthfully I cannot tell.”

“I’d say no, but it looks like he does effect me you know. And plus after that fight with ‘Mago’ I think my people [brought] me another fight too soon.”

Perez said that the quick return left him only four weeks to train and he suffered as a result, however after his fight with Jennings it seems like mentally he may not be as willing to pull the trigger.

History has seen boxers who have seriously hurt or killed other fighters in the ring. “Sugar” Ray Robinson and Max Baer, both knockout artist and entertainers at heart, killed men in the ring and after were said to never throw their punches with full force again. Perez has not killed anybody but perhaps seeing the result of his work on Abdusalamov has shaken Perez’s willingness to engage in fights.

“Yeah, it’s something that, you know that I have to clear up in my mind,” Perez said when asked if he experiences flashbacks of that night.

“But you know like right now its no excuses,” referring to the Abdusalamov fight effecting his performance against Jennings. “Like he beat me, and he looks like he’s better than me so what can I say? Just you know keep working and keep going to be the best.”

In addition to mentally moving on from the Abdusalamov fight, Perez began training in Oxnard under the tutelage of Robert Garcia. There, he hopes to recapture the fire he had during his rise to contender status. 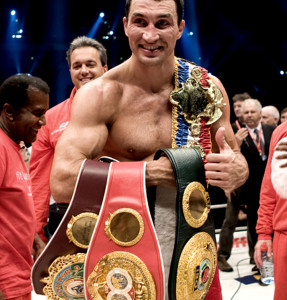 Garcia’s gym has been a hotbed for champions and a place to go for those who want to re-jumpstart their careers. Former Champions Kelly Pavlik, Nonito Donaire, and Marcos Maidana were of those who already had success in the ring and sought out Garcia while making changes in their corner.

Now Perez is anxious to get back into the ring and in the win column with his fight in February.

“Expect from me the best, what I do best, you know no underestimating any opponent, every opponent is a hard opponent, and he’s a tough opponent and I have to be ready.”

Physically Perez should be fine going into his next bout, he’ll be training with one of the best trainers in the world. As for mentally, he’ll be training alongside some of the world’s most dedicated and exciting fighters and fresh off the Rios win that gym is sure to be the perfect place to fire-up Perez and get his thirst for hurt pumping once again.