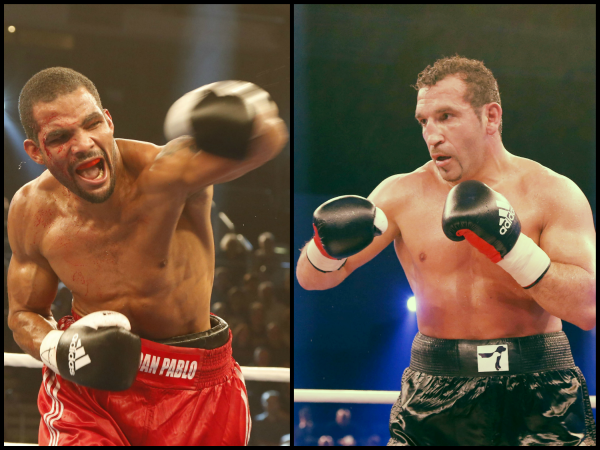 Hernandez returns in what will be his first fight of 2014. The Cuban cruiserweight last defended his belt with a spectacular knockout victory over Alexander Alekseev in November 2013.

“I had a stomach virus which kept coming back, so I could not box,” says Hernandez, also known as “Iron Man”, who is now fully recovered and ready to get back into the ring. „I am very happy to be fighting again. I’m in top shape and there is no way my title will be taken from me.”

For his challenger Firat Arslan the fight for the IBF cruiserweight Crown could well be his last chance to end his illustrious career with a world title. Arslan, who lost against WBO Champion Marco Huck in January, returned to winning ways with a victory over Tamas Bajzath and is now preparing for his shot at the IBF Champion.

„I would like to thank Team Sauerland for once again delivering me a world title shot,” said the 43 year-old Arslan. „I will do everything I can to ensure that the audience will see a great fight. I hope to fulfill my dream of becoming world champion again.”

Hernandez and Arslan will come face-to-face for the first time at a press conference on July 3.

Tickets for their world championship fight on August 16 in Erfurt, Germany are available via www.eventim.de.