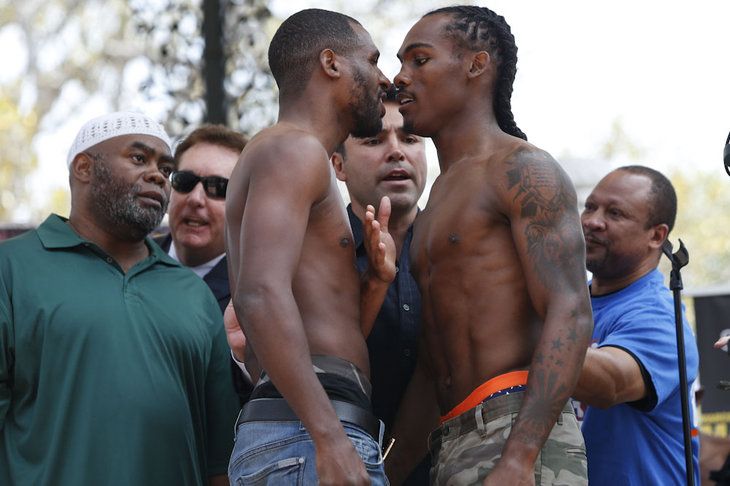 In the opening bout of the June 8th Showtime Boxing broadcast, junior middleweights Jermell Charlo (21-1, 10 knockouts)  and Demetrius Hopkins (33-3-1, 13 knockouts) engaged in a 12-round affair that some compared to a “chess match, while others might simply called it boring.

Going into the bout, many expected this to be a showcase for the surging Charlo. After all, with obvious talent and an undefeated record it was easy to get caught up in the talk that Charlo might be ready for a title shot after two more fights. To put it kindly, Charlo proved tonight that he is a long way from that supposed title shot.

The story of this fight with Demetrius Hopkins was the lack of punches not only thrown but landed as well. With both fighters constantly missing with their power shots throughout the twelve round affair, the fight quickly turned into a battle of the jabs. Naturally, this didn’t lend itself to much excitement and this was made especially obvious by the crowd incessant boo-ing.

As the fight went on, the story quickly became one of Charlo’s much busier jab versus Hopkins counter right hand. Hopkins was able to land his counter right quite often throughout the fight, but without the type of one punch power, or even any sense of urgency, it was easy to see that this fight was going to go all twelve rounds.

As the early and middle rounds finally passed, both fighters finally managed to perform after the sense of urgency instilled in them by both corners. Unfortunately for Hopkins, it was Charlo who seemed to take his corners advice to heart. After early rounds which saw him mostly battling air, Charlo managed to string together some solid combinations and power shots that were allowing him to decisively win rounds. It was this kind of increase in output that very likely won Charlo a fight that was incredibly close on the judge’s scorecards. All three judges scored the bout (115-113) for Jermell Charlo. It certainly wasn’t the most impressive win, but it was a win nonetheless. Here’s to hoping that future bouts will find him focusing more on his opponents rather than future title shots.