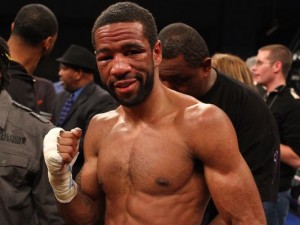 After more than a year out of the ring, Lamont Peterson (31-1-1, 16 KO’s) picked up where he left off in February, dazzling fans in his hometown of Washington, D.C. with an eighth-round technical knockout win over Kendall Holt. Coupled with his Fight of the Year win over the Unified Super Lightweight World Champion Amir Khan in December of 2011, it’s clear that Peterson has staked his claim as one of the premier 140-pound fighters in the world. All of this is even more impressive when one considers that Peterson spent part of his youth homeless on the mean streets of Washington, D.C. On May 18, the talented boxer-puncher will put that recognition on the line against one of the most feared fighters in the sport at a catch-weight of 141 pounds.

The junior welterweight who has struck the most fear into the hearts of his peers, Trelew, Argentina’s Lucas Matthysse (33-2, 31 KO’s) bounced back from two controversial split decision losses to Zab Judah and Devon Alexander, each in his opponent’s hometowns, to score five straight victories, with all of those wins coming by way of knockout. His losses to Alexander and Judah were so controversial, that many boxing insiders still consider Matthysse, who has recently been nicknamed “The Machine,” to be undefeated. In his last three bouts, the 30-year-old has torn through stiff competition, defeating former Three-Division World Champion Humberto Soto, then number one rated WBC super lightweight contender Olusegun Ajose and tough contender Mike Dallas Jr., setting the stage for the thunderous punching WBC Interim Super Lightweight World Champion with a 94% knockout ratio to stake his claim as a one of the top ten best pound for pound fighters in the world.

A technical wizard with speed and finesse in the ring, St. Louis’ Devon Alexander (24-1, 13 KO’s) is a master boxer who has already won world titles in two divisions despite being only 25 years old. Alexander is the former IBF and WBC world title holder at 140 pounds, with wins over Lucas Matthysse, Juan Urango and Junior Witter to his name. In 2012, “The Great” made his move to welterweight and by the time he was finished defeating former World Champions Marcos Maidana and Randall Bailey, he was crowned the IBF Welterweight World Champion. On May 18, he makes the first defense of his new crown after two postponements of his originally scheduled showdown with Brook.

England’s latest unbeaten sensation, the popular Kell Brook (29-0, 19 KO’s) has mowed past all opposition placed in front of him over the last eight years. After winning the British WBO intercontinental and IBF international welterweight titles, he’s ready for his close-up on the world stage. With 2012 wins over Matthew Hatton, Carson Jones and Hector Saldivia, the talented 26-year-old from Sheffield has proven he has the talent, style and determination to justify his number one rating.