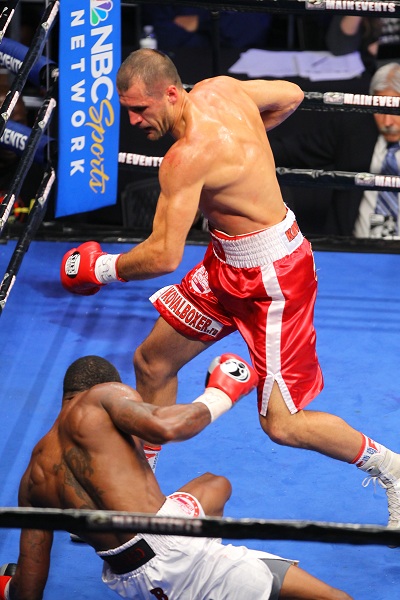 On Friday, Kovalev scored his 9th impressive knockout in a row with a third round demolition of Houston’s Cornelius White on the NBC Sports Network’s critically acclaimed Fight Night series.

“When the IBF issued today’s letter, ordering Hopkins to fight Kovalev next, without granting any exceptions to Hopkins in the interim, everything changed,” promoter Kathy Duva of Main Events, said. “Kovalev has many opportunities, now. We are going to take a few days to evaluate and then decide upon the next move. Of course, Sergey would be thrilled to face Hopkins if Bernard wants the fight.”

Kovalev is surely ready, willing and able to fight Hopkins. “I want to fight Bernard Hopkins because he is a legend of boxing,” Kovalev said after knocking out White. “It was good news that Hopkins and Karo Murat fell out. C’mon and fight. I’m ready. Are you ready?”