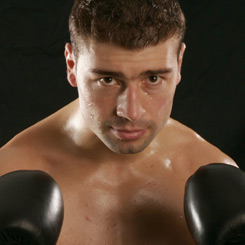 Bute vs. Bolonti is being distributed in the U.S. by ISM for live viewing at 8:00 p.m. ET – 5:00 p.m. PT on both cable and satellite pay-per-view via iN Demand, DirecTV, DISH, and Vubiquity for a suggested retail price of only $24.95.

“We’re excited to bring this great card to American fight fans,” ISM president Doug Jacobs said. “Bute and Pascal are still two of the top, most popular light heavyweights in the world. They both have incredibly passionate fan bases. There’s nothing more exciting than broadcasting a major boxing event from Bell Centre in Montreal. We’re happy that InterBox has given ISM an opportunity to showcase Bute, Pascal and others in the United States.”

“InterBox is proud to have reached an agreement with Doug Jacobs and ISM to present our December 6th Bell Centre card throughout the United States of America,” InterBox president Jean Bedard commented. “Our Team is working hard on all facets of this promotion. We are looking forward to offering our American fan base a quality event with top rated boxers in meaningful fights.”

Romanian-born Bute has reached cult status in Quebec. He was the IBF super middleweight champion for five years from 2007 through 2012, when he lost to Carl Froch. During his aforementioned stretch of dominance (10-0, 8 KOs), Bute defeated world champions such as Alejandro Berrio, William Joppy and Glen Johnson, in addition to Librado Andrade (twice), Edison Miranda, Jessie Brinkley, Brian Magee and Jean-Paul Mendy.

Bute moved up to fight as a light heavyweight in 2012, winning a 12-round decision against previously unbeaten Denis Grachev for the North American Boxing Federation (NABF) title, which he lost in his last fight (Jan. 18, 2014) by decision to his Montreal arch-rival Pascal.

Bolonti is a 35-year-old Argentinian whose last fight was a loss by 12-round decision to World Boxing Association (WBA) light heavyweight champion Juergen Braehmer last June in Germany. Bolonti, who has never been stopped as a professional boxer, is a former WBC Latino, South American and Argentina 175-pound division champion. His only two fights outside of Argentina, however, resulted in losses to Braehmer and in two years ago to former world lightweight contender Tony Bellow
in the United Kingdom by way of a 12-round decision.

Pascal has won three straight fights, including his last to Bute in this past January, since losing his WBC title to living legend Bernard Hopkins in 2011. The Haitian native who has lived in Montreal for many years is presently the No. 1 world rated light heavyweight contender by the WBC and World Boxing Organization (WBO), as well as ranked No. 3 by the IBF. He was the first to defeat multiple world champion Chad Dawson, as well as former world champions Silvio Branco and Adrian Diaconu (twice), during his outstanding 9 ½-year pro career in which he’s never been knocked out.

Additional PPV fights will soon be announced. All fights and fighters are subject to change.