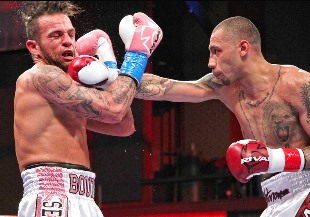 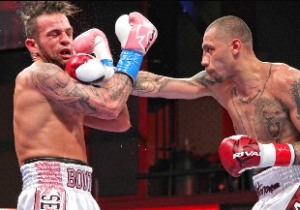 This Saturday, September 20th, 2014, International Fight Night is back at Resorts World Casino New York City with a terrific line up of professional boxing. The card which is promoted by New Legend Boxing will feature some of the best international fighters residing in the Northeast Region of the United States. The Weigh-In’s, which are open to the public, is scheduled for 3:00 PM Friday, September 19th, 2014 at Bar 360, located on the main level of Resorts World Casino New York City.

The Main Event feature Frank Galarza 14-0-2 (9KO’s) of Brooklyn, NY against Jhonathan Batista 14-3-0 (7KO’s) from Santo Domingo, in the Dominican Republic. Galarza, who has appeared twice this year on Showtime ShoBox series, won the NYS Junior Middleweight Title in 2013 and the WBC Latino Junior Middleweight Title in 2014. Also being featured on the card will be Junior Middleweight Altantez Fox 12-0-1 (4KO’s) of Forestville, Maryland and Super Bantamweight Danny Aquino 15-2-0 (10KO’s) of Meriden, Connecticut(by way of Mexico). Both fighters were recently signed to a co-promotional agreement between New Legend Boxing and DiBella Entertainment.

Local fighters scheduled to compete on the card are: