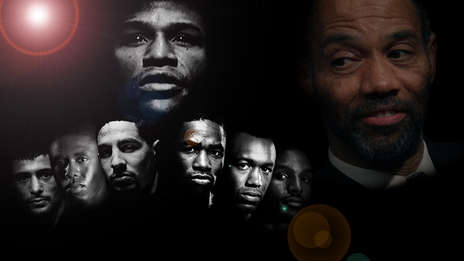 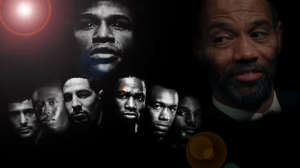 Al Haymon is heading to NBC sports network platforms in 2015 by way of NBCSN and a quarterly NBC show on network TV starting with a rumored card a week after the Super Bowl. So what does this mean for the average boxing fan, the one who enjoys watching the sport, but is unwilling to travel more than 90 miles to see a live event? Will this in turn be the return of the boxing to a network platform or will be a big let down like say the launch of Fox Sports 1? In order to really think about these questions let’s first look at this mythic figure who exists in the shadows of boxing.

Haymon first emerged on the boxing scene working with one of the greats of the sport that will be sadly forgotten in Vernon Forrest, but it was not until he made waves at HBO that people began to pay attention to who he was. Haymon is the boxing equal to William Wesley in the National Basketball Association, who leveraged relationships with high profile stars into being known as the a most powerful man in basketball and or a power broker. In short, if you want something to get done in the NBA you had to go through Wesley and boxing now more than ever is appearing to see someone trying to emulate that formula with Haymon.

Haymon over the past few years has picked up talent right and left most noticeable and remarked upon is how he had Golden Boy promoted fighters signed only to a contract with him and no contract in place with Golden Boy. This was the reason earlier this year Richard Schaffer was absent from Golden Boy Promotions when Oscar De La Hoya returned as it appeared Schaffer may have allowed for this to happen.

So what is the good and the bad of Haymon and why does it matter? Well, I may ramble a bit since I am fighting off a cold and quite frankly don’t want to explain a tedious and somewhat boring soap opera of behind the scenes hear-say between a bunch of people I have little contact with. At Haymon’s best he is the best person in boxing when he creates a deep card like Danny Garcia vs. Erik Morales II or Mayweather vs. Canelo. Sadly, life is more so what have you done for me lately than an objective look at resumes.

Boxing in 2014 has been less than stellar with the best fights coming out of surprising events and sadly no one event lived up to hype that got everyone excited. The Mayweather rematch left people despondent and hopeless feeling like they were conned out of their money, the Cotto-Martinez fight felt like the commission lied to the fans allowing Martinez to be able to fight on only one leg and Canelo-Lara was an entertaining fight to some with a strange score that also overshadowed the fight. Haymon is not responsible for all of it, but Haymon is certainly not helping at this point.

It is easy to poke fun at Danny Garcia vs. Rod Salka headlining a card in Brooklyn, NY. I mean you have an undersized lightweight ranked number 75 in the world at the time moving up in weight to face the lineal champ, Garcia. What was even worse was Lamont Peterson, the IBF Welterweight Champion, fought on the undercard and could not even give an explanation why he was not fighting Garcia, and that is the problem.

See here it is, as boxing fans, we are diseased entities, we are people who love the sport so much we will tune in knowing anyone can win with any punch on any day and often lie to ourselves to watch bad fights. The sad thing is it appears that Haymon may be working from business view that I feel has hurt the country as whole as they trying to sell us fights that they deem worthy but really aren’t. It is not unlike the movie Dark City in which the creatures that roam the environment talk about trying to understand a soul and set up experiments on humans to figure out at what point we will break or where consciousness lies. Haymon appears to be looking at the boxing fans and seeing the reactions and viewing whether or not this will work and if he can continue to promote these type of fights.

Even worse is the conditioning that is being instilled in a boxing fan. I will admit I was not a lifetime boxing fan until I listened to the audio on PPV channels as a kid and found the sport in college as something to help me control myself away from a party lifestyle. The structure of knowing about fight night gave me purpose and it became event viewing. Enter present day with some of the Haymon cards, its hard to remember that an aforementioned card is happening since the luster doesn’t exist as much. It is B.F. Skinner’s classical conditioning if we keep getting a result over and over, it would be foolish to believe another outcome is possible. Sadly I am slowly becoming conditioned to think that mismatches that greatly pay the a-side and could cause life threatening injuries to the opponent is more so my expectation of the future of boxing and less so a rare occurrence to add to b-roll for a highlight reel.

With that being said let’s be optimistic, let’s assume that the porous matchmaking was simply a result of Haymon running contracts out from Golden Boy Promotions to allow for him to create the ideal match-ups for his network deal with NBC. What is next, well I might be in the minority , but I would like to see some of the guys I am not so familiar with get a bit of push on network TV along with say the obvious guys such as Danny Garcia, Adrien Broner, Robert Guerreo and Andre Berto. Let’s say Robert Easter Jr. could open up a card not unlike how Curtis Stevens did for Steve Cunningham vs. Tyson Fury, a move that I feel jumpstarted Stevens’ career again by getting an impressive KO. At it’s very best, our sport has some of the most engaging people in the world and the thought of Broner being at the Super Bowl festivities just makes me smile thinking about the antics that could ensue.

Another model we can look at that is applicable and we have to assume Haymon is studying is the UFC model. Dave Meltzer reported that Fox paid 2.2 million for a UFC card on regular Fox this year which would equate roughly to 85,000 buys in pay-per-view. In contrast, Meltzer explained that a pay-per-view that does say around 550,000 will net around 11 million. Even if these numbers are off by a million or two, I wonder what is the incentive to keep the product of boxing in the public domain if the profit margin could be far greater?

So is the better question: Is if Haymon gets major sponsors and public backing to the extent of Geoffrey Canada, would this be enough to keep the system in place? My theory is the platform will be used at first to create big match-ups, expect Broner to fight on NBC after the Super Bowl and don’t be surprised if Garcia is also on this card fighting Peterson. Essentially for this deal to work they have to go all in in the beginning, the question is what is the endgame? Wouldn’t it seem like you build stars through the network platform in hopes of creating new stars, higher demand for the sport, bringing in big business and then eventually bringing them to PPV to create spectacle viewing that the sport was creating off?

Milton Friedman once explained that there is no such thing as a free lunch and looking at the deal we can not just assume that the fights will just be free fights to watch on TV. What creates fear in some is the fact that Haymon’s funding is sort of unknown for example where did the purse come from for the Sam Solliman vs. Jermain Taylor fight recently? With Haymon having no interest in talking to the public and refusing to speak to media, rarely seen almost like a cryptic creature in a rural town, it just adds more questions then answers. We as boxing fans want to believe that the deal will be good for the sport, but as people who have watched the sport for the past year have to be pragmatic and realistic and know that the deal could just be more of the same with one free network card for every season that feature one interesting match up at best.

Now let’s jump back to the UFC model as essentially it started strong and simply changed the platform to the  guys who don’t sell well on pay-per-view so lets throw them on TV and hope that someone cares. I am not saying that will be the model, but we have to look at how the platform has been used, also the fact that Haymon is interested in a streaming service that is not unlike UFC FightPass which tells me he is monitoring the companies business model.

Then we have the last half, the one that is kind one of the more troubling of all, Haymon does not seem to forgive. It appears that a former rift between Haymon and Shawn “Jay Z” Carter as Haymon appears to be the reason that he is trying to blackball Jay Z’s efforts to enter the industry. First Quillin declines the highest purse bid of his life then Deontay Wilder turns down a very handsome sum of money as well. Why does this matter? Well, for the past eight to ten years I have watched fights come and go simply, because of egos and lack of empathic understanding to come to terms with agreements and it appears Haymon wants to keep everything in house. If that is the case, doesn’t that just create a Bowian system of triangulation now in the boxing industry that just makes things even harder for simple fights to get made?

In the end, I don’t know what is going to happen in 2015 and neither do any of us. All we can hope for is the best possible match ups and look at history hoping to learn from it. Haymon has provided some of the best moments in the sport and some of the worse, to have blind faith in him or naturally look pessimistic upon the new deal is simply foolish. The big thing is in 2015 we will finally get an answer is Al Haymon good for the boxing fans as a whole?