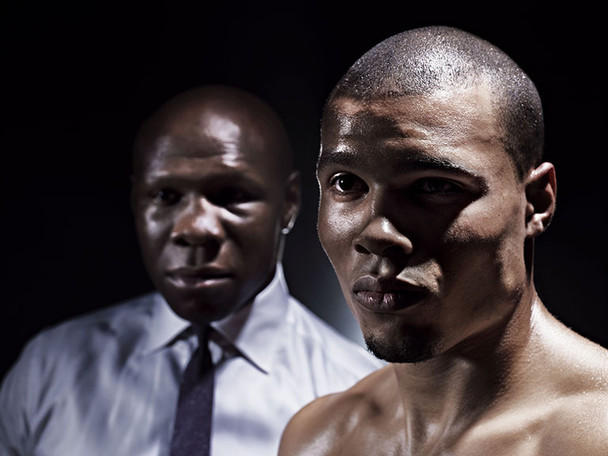 “If Chris Eubank Jr. wants to fight me and has got the balls, let’s fight.” An enticing offer to present to the aspiring prospect if ever there was one, at the same time, a proposition that could equally be left to simmer a little longer to enhance flavour.

Chris Eubank Jr. ruthlessly demolished his opponent within the first round Saturday night. The intent so definite and vicious, it was comparable to a horror movie massacre scene. Quick, frightening and shocking. A statement emphasised emphatically by the sheer hot headed relentless nature of the stoppage. The slaughter was one that typed words wouldn’t be able to effectively describe.

If the fight fan doesn’t pay too much attention to the unfortunate opponent’s record, then I concede that Eubank Jr’s performance was nothing short of breath-taking. However it is an unavoidable fact, that Billy Joe Saunders isn’t Ivan Jukic, Chris’s man who was standing in the opposing corner (while he was able to). I’d argue Saunders would have disposed of Jukic in a similar unkind fashion.

I will quickly note though, Eubank Jr. is starting to look a completely different level of beast. The “Next Gen” of fighter as his attire accurately suggests.

Billy Joe Saunders, I have followed from the start of his professional journey, an under rated boxer, fast hands and a proven distance fighter. A boxer perhaps tainted a little Saturday, by an extended ring absence of around ten months, there was visible rust clinging to a few aspects of his game.

Saunders is on track to face WBO Middle weight champ Peter Quillin, however Andy Lee’s name has also been thrown into the pot reference ‘Kid Chocolate’ but later denied by Lee’s trainer Adam Booth. I think either way Billy Joe Saunders should be demonstrating in this fight a clear argument for facing Quillin or when doing so, effectively out boxing him over 12 rounds, which I think, he is on course to making a case for doing. Many may not be convinced upon evidence of this fight alone though against tricky European champion Emanuele Blandamura 22(5)-0.

Saunders is looking good, no complaints as we begin; well-timed sharp long punches and in control. We see a teaser of a few awkward problems Blandamura will present as the fight goes on, but Billy has the opener. A frustrated exchange of fists erupts towards the end of the 2nd but again for me, I’m noticing the slightly more effective Boxing from Saunders.

Blandamura’s first notable round is probably the 3rd, his timing has been found. He’s first to the punch out of the two several times this round, leaping in effectively after Saunder’s misses, robbed of the refined output that a more active schedule would have given his work. It’s evident the Italian snatched the belt in his previous fight exhibiting a manic box of tricks thrown at a similar frantic pace to the one that appeared to be tipping Saunders off rhythm.

Rounds 4 to 7 both fighters take evenly, Saunders working like a rifle marksman off of his solid educated jab and straight left hand, increasing his accuracy. Then Blandamura targets the mid-section, and looks very handy backing Saunders up against the ropes with a consistent volume of punches. In the 6th Blandamura’s pace of course dips a touch, to be expected with his particular style.

I had Saunders up by a point going into the 8th round. All signs suggested we settle down and bed in for a long closely fought 12 round fight. Billy Joe Saunders decided against a full stretch work out.

A right hand that didn’t look particularly out of place alongside any others he had thrown up until that point almost appeared out of thin air sending Blandamura spinning on his feet, to fall against the ropes his senses extinguished, yet kindly affording him the dignity of remaining upright. It was a lovely long hooking right, the referees standing eight compassionately interrupted by the corner of Blandamura who wanted their man to leave the ring knowing what his own name was.

Billy Joe Saunders gets the win, grabs the mic and addresses Mr Eubank Jr. A fight that has the feel of being right at this moment a little undercooked. It’s a fight both men could lose. I like both of them, and would probably prefer to see them achieve more notable victories on the world stage, before the inevitable that has been decreed, comes to pass.

However as Frank Warren hinted, “If it’s good business, it will happen” Despite my preferred route for both, this suggests to me we should expect the fun to begin sooner, rather than later.