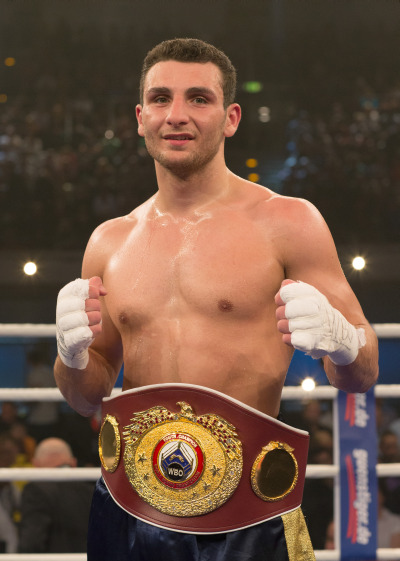 Hot and cold. Orthodox and southpaw stance. Noel and Abel Gevor – brothers, who could not be more different. Noel being the calm and quit one opposes Abel, who is acting far grittier. But they have one thing in common: the will to win. On August 16, both brothers will step into the ring to fight on the same card at the Erfurt Exhibition Hall in Thuringia, Germany. Trained by their stepfather and former world title challenger Khoren Gevor, 23 year-old Noel (12-0, 7 KOs) will take on Ismael Abdoul (54-29-2, 20 KOs) and 21 year-old Abel (7-0, 4 KOs) having a six-round bout scheduled versus Attila Palko (17-13, 13 KOs).

“It is good to see that my brother can prove himself on a bigger stage to make the next step,” says Noel Gevor, who already won the WBO-Youth Championship at Cruiserweight. His brother Abel, competing at light heavyweight, could well follow into his footsteps. “He is the better technician and the more talented boxer,” analyzes the older Gevor brother, but he knows that Abel still lacks his experience. “This will be his first fight in front of a larger crowd and he will have to handle that. Still, I am sure Abel will show what he is made of and beat Palko.”

However, Noel Gevor is fully focused on his own fight. After all, Gevor’s opponent already hold his own against the best the cruiserweight division had and still have to offer in the last decade. “Marco Huck, Yoan Pablo Hernandez, David Haye. I could go on with other current and former world champions Abdoul has fought. He does not go by the moniker ‘Cool’ for nothing. In 85 contests he only lost once by TKO. This fight is not going to be a walk in the park for me,” believes Gevor ahead of the scheduled eight-round challenge by the Belgian veteran. With a win on August 16, Gevor promises to fight for a title up next. “After I beat Abdoul, I will be back to either defend my WBO-Youth Belt or challenge for another one before long.”