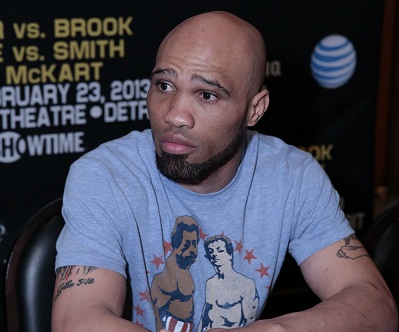 Former 154 pound IBF world champion Ishe Smith was slated to face off against Erislandy Lara earlier this year when Lara pulled out of the fight to accept an offer to fight Saul “Canelo” Alvarez which Smith understood and accepted. What Smith does not accept is Lara’s complaints of being robbed of a victory against Canelo and has stated that Lara was running throughout the fight.

“Man it’s hard to give him (Lara) the fight running like that,” said Smith. “Sorry, boxing and running [are] two different things. He ran. He wasn’t boxing. It was horrendous to watch at times. He was tripping over his own feet. He constantly slid all over the ropes stumbling everywhere. He ran. That shit wasn’t boxing. He would throw one; run, run, run, tie up, run , run.  Canelo killed his body. It was running. You can’t win a mega fight like that. He created the image like he didn’t want to engage at all.”

Going back to the past there are fighters who moved around the ring constantly but provided action throughout the fight but Smith feels that Lara did not do that and that he could have done more to win the bout.

“What Whitaker did to Chavez was boxing. What Lara did is what De La Hoya did the last few rounds against Tito. The crowd constantly booed the running. If he worked off the jab more and landed hat left he would have won.”