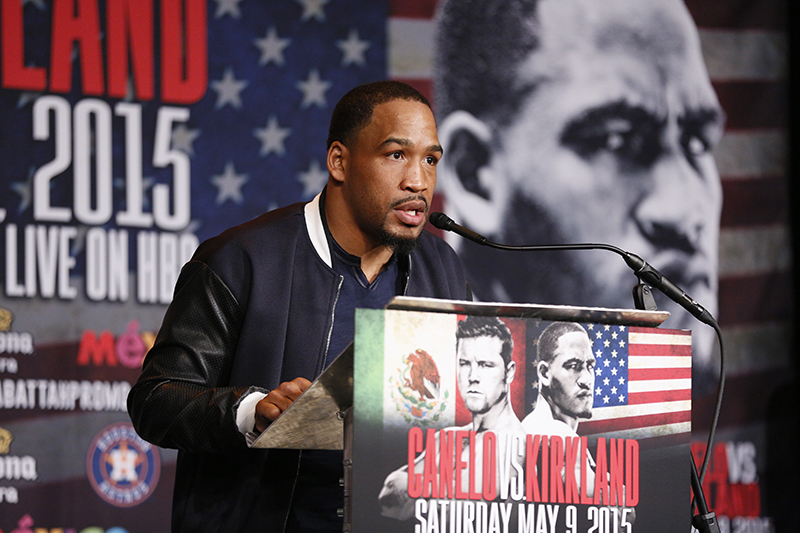 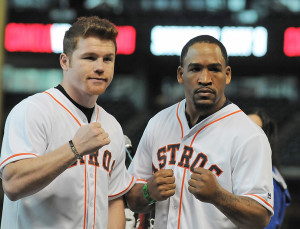 James Kirkland says he is ready to put his “life on the line,” against Mexico’s Canelo Alvarez, to prove to his fans that he is the “Mandingo Warrior” he claims to be.

Kirkland was promoting his showdown with the Mexican star in Huston and San Antonio on Tuesday March 3rd, where he addressed his willingness to win the fight.

“I’m ready to put my life on the line and give it everything I’ve got,” Kirkland said. “I want to show my fans what I’ve really come to do.”

Kirkland is a devastating puncher who likes to fight at a blistering pace early to wear down his opponents and set them up for crushing punches in the middle rounds. He used this tactic in his last fight back in December 2013, against Glen Tapia from New Jersey. Kirkland made Tapia (22-1, 14 KO) fight at a grueling pace early and by the sixth round Kirkland was blasting Tapia in the corner until the referee stopped the fight. That was more than a year ago and while Kirkland was under the tutelage of Ann Wolfe.

Kirkland (32-1, 28 KO) left his on-and-off again trainer Wolfe to work with Rick Morones of San Antonio. Some are skeptical how Kirkland will perform without Wolfe conducting camp to whip him into shape.

However, Kirkland has also added strength and conditioning coach Bremond “Bay-Bay” McClinton to his team. McClinton insists that Wolfe is not the only trainer who can devise a brutal training camp for the Mandingo Warrior.

“He’s going through hell right now,” McClinton said. “But I’ll tell you, come May 9 he’s not going to be a pit bull – he is going to be a beast.”
As for why the switch in trainers, perhaps it was because of a fourteen-year promise made by a young Kirkland.

“I’ve known James since he was 16 years old,” McClinton said. “He promised me that ‘Whenever I have a big fight, you’re going to be the guy.’ He called me, and he stuck to his word.”

The Mandingo Warrior certainly has the destructive force and explosiveness to test Canelo (44-1-1, 31 KO). The Mexican hero has yet to fight a pressure fighter with as much activity and strength that Kirkland exudes inside the ring. Even Canelo’s trainer Eddie Reynoso acknowledged Kirkland as a dangerous opponent.

“On May 9 we have a dangerous fight, a fight that could end at any time with one punch,” Reynoso said of Kirkland. “That’s why we have been getting ready since the second week of January. That’s why we are going get ready like never before. Kirkland is a fighter with a very big punch, and he’s very good.”

Kirkland was offered to fight Canelo in 2012, but the fight fell through because of a shoulder injury. Since then Kirkland has made a reputation rejecting fights, but when he does step into the ring he guarantees excitement, which is what he plans to do come May.
“May 9, we’re here,” said the Mandingo Warrior. “Team Kirkland!”