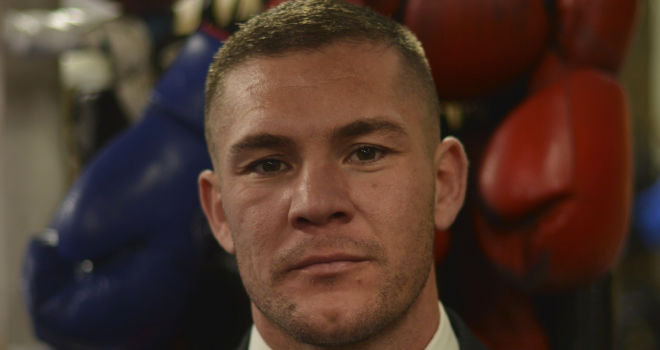 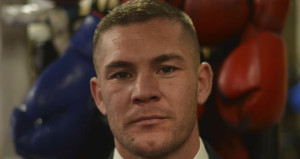 2014 was a year full of unfortunate events for some key figures in British boxing. In August, trainer and former British and European light-middleweight champion Jamie Moore was shot five times in the legs and hips while conducting camp in Marbella, Spain.

Just a few weeks later Kell Brook was left in critical condition after suffering a serious wound to his thigh after a machete attack in the early hours in Tenerife, a trip meant to celebrate his maiden world title win.

Then in December, lightweight Anthony Crolla had his skull fractured as he tried to accost two burglars attempting to ransack his neighbours home. The injury could have prematurely ended his career altogether and left him with permanent damage on the eve of his own scheduled world title bid.

Thankfully, this year has been one of the less drama and paths to recovery have already been laid. Brook(34-0, 23 KO’s) made the first successful defence of his IBF title by knocking out his mandatory challenger Jo Jo Dan inside four rounds in March. He is looking to make up for lost time with a speedy turn around for the end of May against Birmingham’s Frankie Gavin on a stacked PPV card.

Jamie Moore is back on his feet, training his fighters as well as providing his usual brand of insightful punditry for Sky. Moore spoke with the ‘Seconds Out’ boxing channel to discuss the latest piece of good news for that once unlucky triumvirate.

Anthony Crolla(29-4-2, 11KO’s) has been given medical clearance to box and will make his much anticipated ring return on July 18th at home in Manchester, England against Darleys Perez(32-1, 20KO’s) for the WBA World lightweight title. The bill has been branded as ‘High Stakes’ and will also feature Scott Quigg(30-0-2, 22KO’s) defending his WBA World super-bantamweight strap against former champion Kiko Martinez(32-5, 24KO’s).

Moore contemplated what it must be like for Crolla to be given this new lease of life.

“It must be like starting again, like brand new. He must have a renewed sense of vigour and determination now, especially with it nearly being took away from him. For it to now be presented to him again, in his hometown, I don’t think he’ll miss this opportunity.”

Perez was elevated from interim status for the WBA after Richar Abril was stripped for pulling out of ‘a title defence for the second time in two months because of illness’, according to Espn.go.com. Ironically on both occasions he pulled out against Derry Matthews, the man suited to replace Crolla after his incident. The 31-year-old Columbian has mainly conducted his business on native soil but will be met with a hostile partisan crowd rabidly cheering on two home fighters.

Moore also commented on Scott Quigg, who will likewise relish the opportunity to soak in the atmosphere in a very dangerous assignment against Kiko Martinez, a man known to be unperturbed in enemy territory.

“That’s a terrific fight. The styles are gonna blend together for an ‘in-the-phonebox’ tear up. If Scott Quigg’s smart about it, he can use it to his advantage and he can allow Martinez to walk on to the shots and not just stand in front of him. If he stands in front of him he’s playing a very dangerous game but I think he’s smart enough to do it.”

Matchroom Sports are surely hoping this will be a landmark visit to the north-east of England by holding a double world title tilt with two home fighters. Quigg’s fight will aim to draw yet more comparisons between himself and IBF champion Carl Frampton(who has twice beaten Martinez) as a unification bout between the two looms somewhere down the line. But Crolla’s return after such a scare will be the sentimental event of the night, and there won’t be a body in the house cheering against him. Except Perez’s corner. Probably.