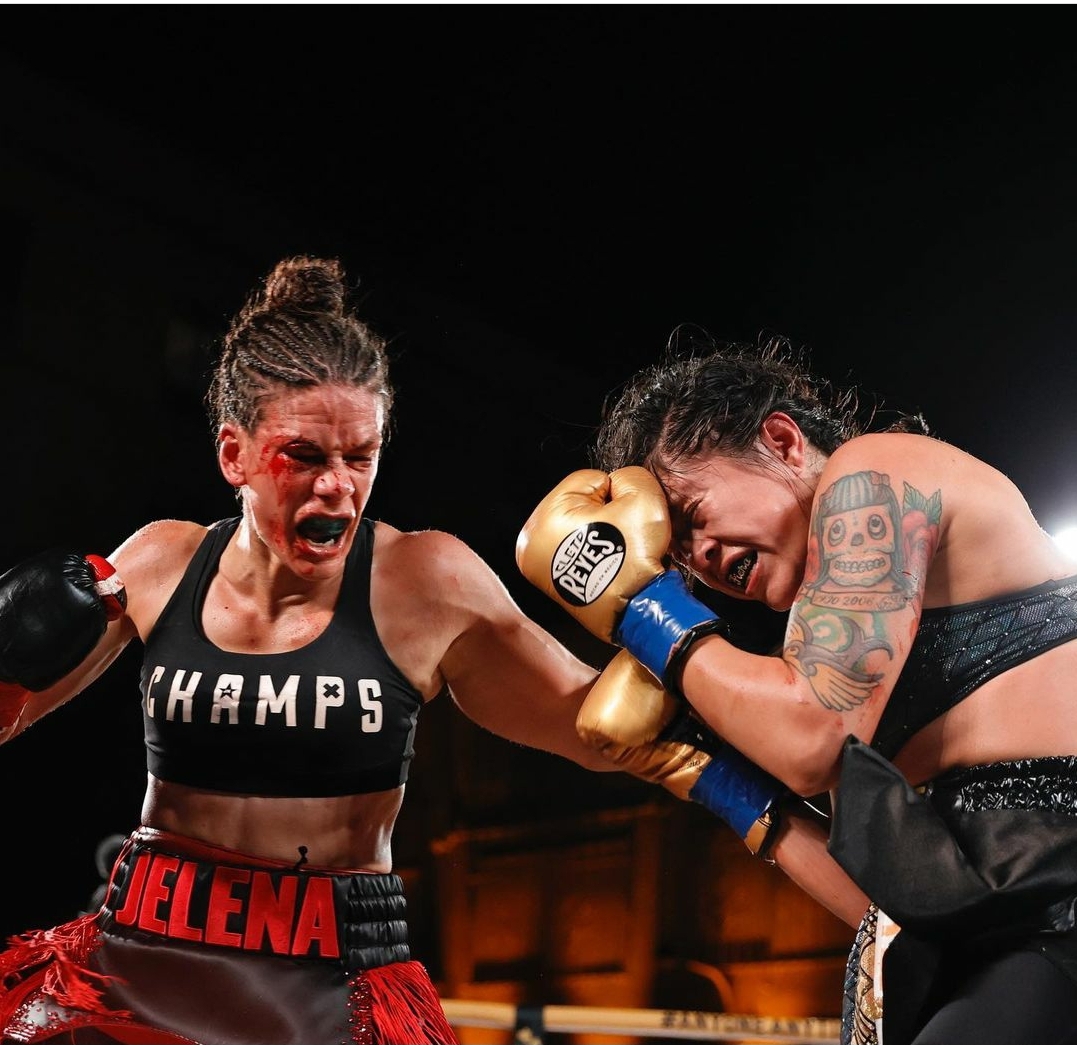 2020 was a hard year for Jelena Mrdjenovich. Boxing in Canada as well as pretty much everything else got shut down. On top of that her longtime trainer had serious medical issues in which we do not need to go any further into. Things were at the point where Mrdjenovich was considering hanging up her gloves and calling it a career.

Fate intervened and with the blessing of her friend/promoter Mel Lubovac, she began working with Johnathan Banks in preparation for a fight with Irlanda Paola Torres in Los Angeles.  It was not a walk in the park and Mrdjenovich fought with a heavy heart but she managed to walk away from the victor.

Being undisputed has long been a goal of Mrdjenovich and an expected bout with longtime rival Amanda Serrano was expected to take place. Once again, fate intervened. The two were unable to come to terms on the proposed bout so the WBC made Mrdjenovich the champion in recess and granted Serrano the title of world champion.

Serrano currently has an upcoming bout against Daniela Romina Bermudez of Argentina on March 25th. It is not a stay busy fight and maybe the toughest fight of Serrano’s career to this day.

Mrdjenovich is looking to keep fighting as well. She is not looking for an easy fight and in women’s boxing, a lot of times the records aren’t worth looking at due to the lack of fighters out there. So who is on the radar for Mrdjenovich? Sarah Mahfoud.

Mahfoud is no slouch. She has captured the interim IBF world title in the bantamweight division within just ten fights and is ranked right behind Serrano on BoxRec.

“That’s a GREAT fight we are asking for,” stated Mrdjenovich via social media. “Just trying to find somewhere to make it happen where it will allow it!”

A fight with Serrano is still a possibility for Mrdjenovich who hopes to get that fight made after the possible fight with Mahfoud.

“Hopefully after this one [we can get the Serrano fight].” “The WBC awarded her a belt before I could fight her. Politics. Perhaps down the road… When she is done collecting ’empty’ titles [we can fight].”