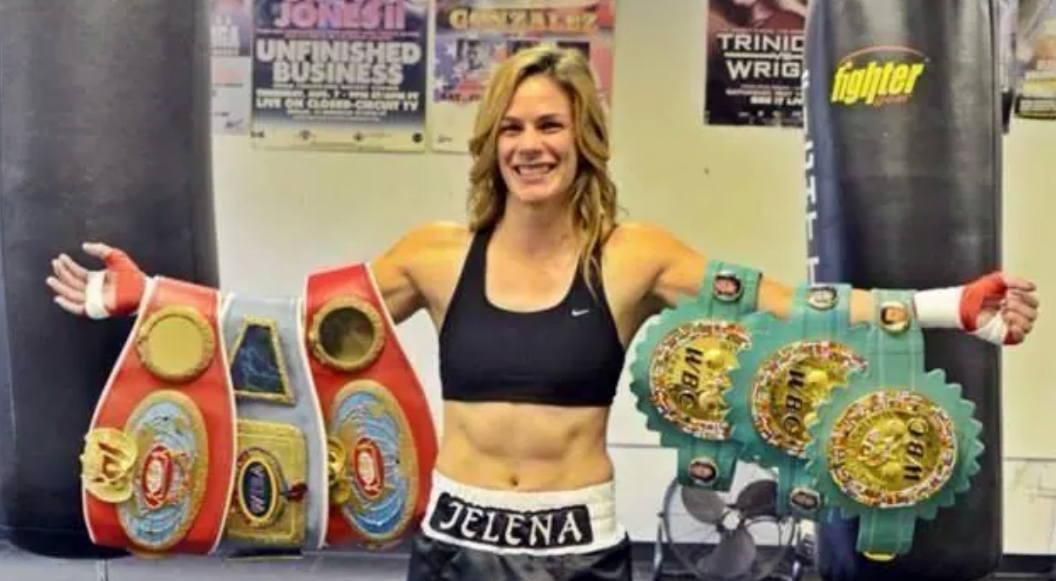 It has been almost a year since Jelena Mrdjenovich and Melissa Hernandez fought for a third time in what was last year’s best women’s boxing match of the year. The victor of that fight, Jelena Mrdjenovich has stayed active and has gone undefeated since winning her sixth world title and has been constantly looking to defend that title.

“I am still training hard and looking to defend my WBC title any chance I can get,” said Jelena.

A fight that fans would definitely look forward too is a yet another rematch with Hernandez whom has claimed several times via social media that she was never offered a rematch for her title but according to Jelena that is not correct and there have been offers sent.

“That is completely untrue.  Melissa was offered the fight for the March 1st fight in Edmonton, but instead chose to take a fight at a heavier weight vs Nicole Woods.”

Just because Hernandez opted for a different opponent didn’t mean that there was no one left to face. Jelena enjoys staying active and has stayed consistent in her winning ways and in entertaining the crowd.

“I have fought 3 times, I enjoy staying active and will fight anyone who is put infront of me!!  Karen Dulin was a last minute replacement, which I am thankful for, as I trained hard to fight, it is always unfortunate when opponents drop out, but this is the fight game and anything can happen, I was fortunate that KO Boxing was able to find Karen last min regardless.  I also fought Wanda Pena Ozuna from the Dominican who came with a good record, and caught her early and made short work of that fight, so I was pleased with that performance.  And lastly I fought March 1 and fought Fatuma Zarika from Kenya. Fatuma was tough and had never been stopped, I dropped her in the first round, which I think scared her a little, and made her a little bit more cautious for the rest of the bout! Therefore it was hard to get into good exchanges and find that knockout punch that I was looking for.  Regardless the fight was great and I won a unanimous decision.”

Finding opponents has began to become a bit more difficult than before for Jelena’s team but they are able to get the job done. One thing Jelena would love to happen is for her to defend her title on a major PPV card.

“This last year was great! I am feeling great in the ring, comfortable, strong and in phenomenal shape.  The only thing that is getting tougher is finding opponents to fight, which thank goodness I dont have to deal with as my team does an amazing job at that. This year I would love to get on a major PPV undercard defending my WBC featherweight title!”

As of this moment there is nothing set in stone for the women’s champion but she stays in fighting shape and may possibly be fighting in July and if she is unable to secure an opponent at featherweight she may drop down to super bantamweight in search of a challenge an guarantees to put on a show no matter what.

“I am looking to fight at the end of July, we are just waiting to hear back from some promoters to confirm everything up. I am looking to defend my title as often as I can and against top quality opponents!  Long term I would like to try and drop down to superbantam weight and possible challenge for a title at that weight if we can’t get any fights at featherweight. You can expect the same thing as always from me.  Entertaining, action packed bouts!!!  I always leave everything in the ring everytime that I fight and that will never change.”