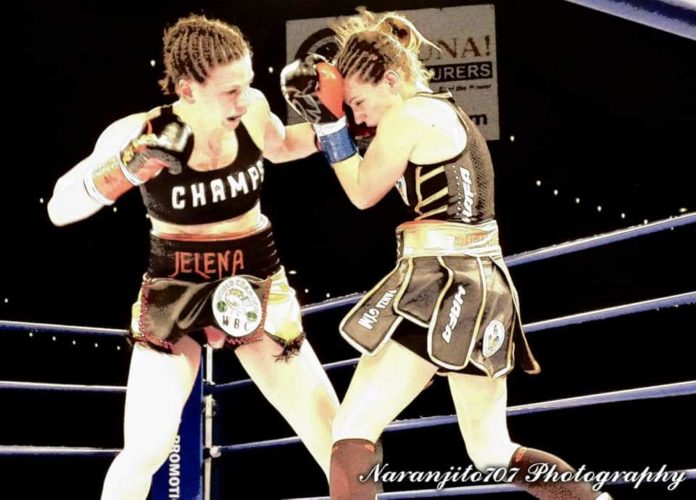 On October 1st, former boxer and current trainer/promoter Michael short released an article in The Calgary Sun in which he talks about the upcoming welterweight bout between his fighter Devin Reti and KO Boxing’s Flavio Michel. The article discusses how the bout will be a battle of Alberta and will breathe new life into Alberta boxing especially after the recent retirement of Jelena Mrdjenovich.

Short stares, “with the recent retirement of Mrdjenovich, it’s a great time to breathe new life into the fight city and Alberta’s capital, and what better way then undefeated Calgary fighter Devin Reti, with an 11-0 record, taking on E-town top welterweight Flávio Michel, aka The Angolan Assassin, who’s 8-2!”

That comment came as a shock to Mrdjenovich who is currently attending the WBC Convention in the Ukraine.

“That’s just absolutely ridiculous,” Mrdjenovich told Tha Boxing Voice. “He could have just sent me a message on Facebook as he’s offered me fights online there even though he knows my promoter Melanie (there was some audio issues at this part of the call so a couple words were inaudible) and I just dont understand why he doesn’t fact check before [making that statement].”

Mrdjenovich continued, “I understand that he’s just trying to build the fight between Flavio and Devin and they’re both great guys. I understand that but don’t lie to the general public and using my name and making up a fact that I am retiring. Now you are using false information. It’s my story to tell. When that does come along I don’t want people to look at it as a lie. ‘Oh, I thought it was reported that she retired.’ That fact would have been so easy for him to check but he clearly neglected that. he clearly neglected that he didn’t check that fact.”

Mrdjenovich last fought on April 28th this year in an entertaining slugfest with Stephanie Ducastle. It was Mrdjenovich’s 50th fight as a professional and she had hoped to have it at the newly built Roger’s Place arena but that ended up not happening as some parties wanted it branded as her last fight.

“For the last fight that happened, we were wanting to do it at the Roger’s Place and (inaudible) wanted me to coin it as my last fight. Well, I didn’t feel comfortable doing that because I feel I have integrity. I didn’t want to lie to the public just to get them to come and see that fight. I wanted people to come because it was my 50th fight.”