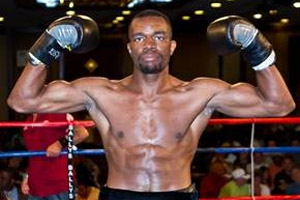 During a recent interview with Tha Boxing Voice Jesse Hart spoke about the upcoming light heavyweight unification bout between Bernard Hopkins and Sergey Kovalev. Jesse stated that he is very excited for the fight and that he always learns something when he watches Hopkins fight. He further predicted that if Kovalev makes any mistakes in the ring “Hopkins will capitalize on it and he’s gonna beat him.”

Jesse Hart most definitely has a lot of respect and faith in Bernard Hopkins but it may all be for naught. If Bernard does finally get old in the ring with Sergey Kovalev he may pay a painful price against the power punching light heavyweight champion. Either way the fight will be an interesting battle that is heavily anticipated by Jesse Hart and all boxing fans for sure.