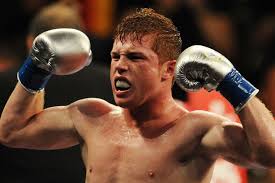 It was announced Monday that Saul “Canelo” Alvarez’s HBO return against Joshua Clottey will not go on as planned December 6th. Alvarez has an apparent lingering left ankle injury. Oscar De La Hoya claims Alvarez suffered the injury sometime before Alvarez’ bout with Erislandy Lara in June.  There is a lot of speculation as to why Alvarez and Golden Boy have pulled the plug on this fight. Could Alvarez be in fact injured? Yes, he very well could be absolutely. Could Canelo and Oscar be worried about the possible negative backlash on social media from boxing fans?  Why wouldn’t they be? It wasn’t long ago that we saw Danny Garcia’s reputation take a massive hit after his bout with Rod Salka. It is also very possible that any fight at all is too big a risk for Canelo to take with the possibility of fighting middle weight champion Miguel Cotto destined for 2015, not to mention the huge payday this mega fight would bring.  Here is my theory as to why Golden Boy and Alvarez pulled the plug on this fight. Someone else is planning to put on an event December 6th, guess who? You guessed it Al Haymon.  Amir Khan has stated that he will be returning on December 6th the same night Alvarez was set to fight Clottey.  We have seen dueling fight cards on different networks before, but never the same promotional company competing with it’s self on two different channels. Dueling cards within the same promotional companies is bad for viewership.  Why wouldn’t De La Hoya want all eyes on Canelo’s return to HBO?