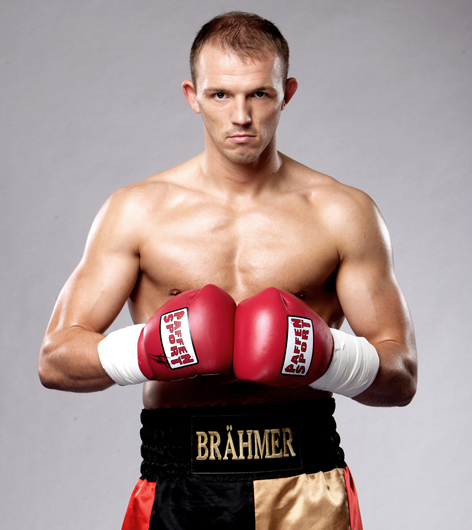 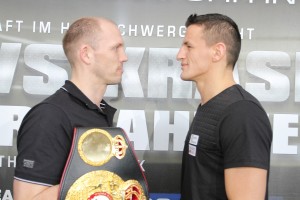 Juergen Braehmer has successfully defended his WBA ‘regular’ light heavyweight title against fellow German Robin Krasniqi. The fight was stopped at the beginning of the tenth round after the 36-year old champion had his opponent down and badly hurt in the previous round.

The fight started very competitive. In an action-packed fight, both fighters were able to stun each other in the first four rounds. After the fourth round, the 27-year old challenger started to show the effect of the punishment he took during the early rounds.

Braehmer, who had the privilege of defending his title in his hometown of Rostock, took control of the fight from the fifth round on. But while the champion was clearly winning the majority of the rounds, Krasniqi still had some success with his left and right hooks.

In the ninth, Braehmer had the challenger in trouble throughout the round. With 30 seconds to go he landed a tremendous right hook, sending Krasniqi to the ropes. As the ropes were the only reason the challenger was able to stay on his feet, Referee Tony Weeks rightfully called a knockdown. Krasniqi did beat the count and made it out of the round.

However back in the corner, Krasniqi’s trainer noticed a nasty cut on the lip of his fighter and decided that his fighter was unable to continue. The fight was officially stopped one second into the tenth round.

With this victory, Braehmer improved his record to 46 wins and two losses with 34 knockouts. The champion is expected to defend his title again in September against former title-holder Nathan Cleverly. Krasniqi saw his record drop to 43-4(16KO’s).